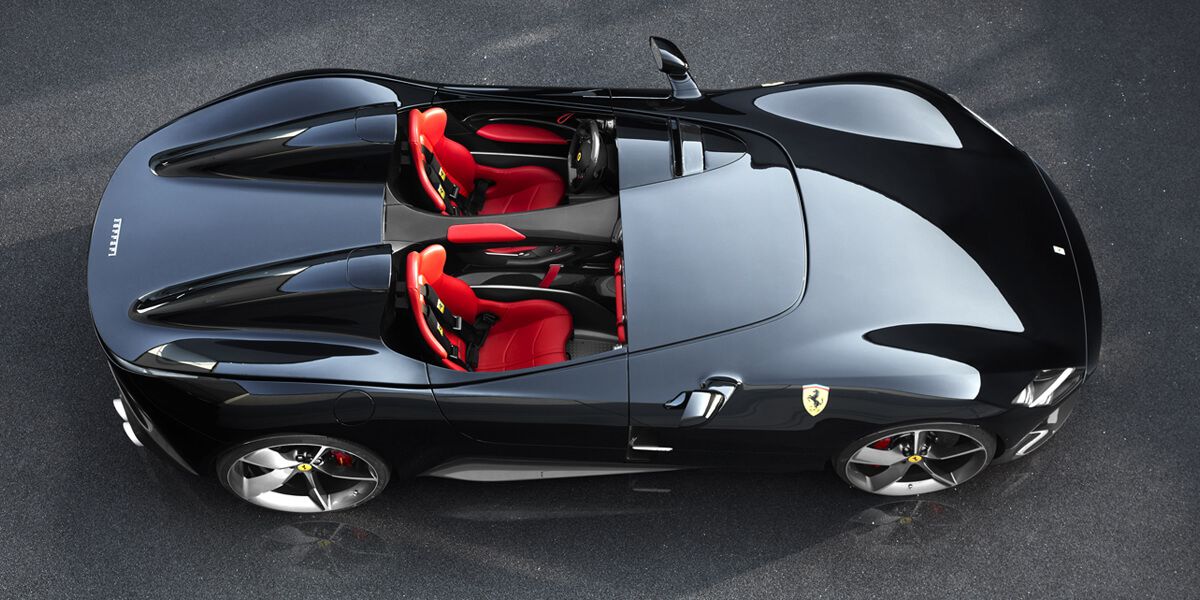 For the true gearheads on your list, this ultra-exclusive selection of new or recent supercars is sure to increase in value and keep them entertained. Caveat: Getting your hands on any one of them will be a monumental challenge so plan ahead. 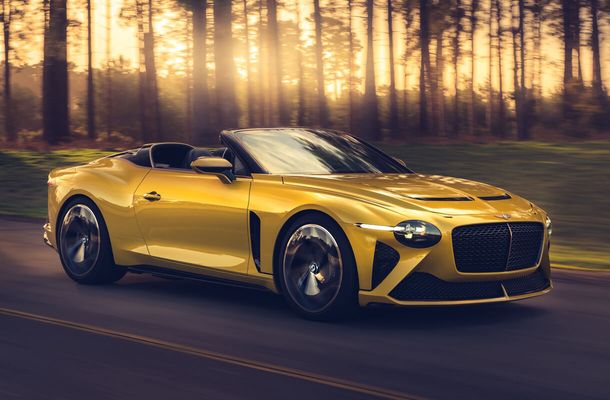 Built on the underpinnings of the Bentley Continental GTC Speed, the Bentley Bacalar is a return to coachbuilding rarity for the storied British marque. This open-top masterpiece features completely unique aluminum and carbon-fiber bodywork, and an agonizingly small production run: 12 vehicles in total. The powertrain is a familiar one: a twin-turbocharged 6.0-liter W12 engine linked to an 8-speed dual-clutch automatic transmission and a full-time all-wheel drive system. What’s not so familiar is the unapologetic nature of the design: only two seats and no roof at all, so it’s tailor-made for sun-soaked weekend getaways. bentleymotors.com 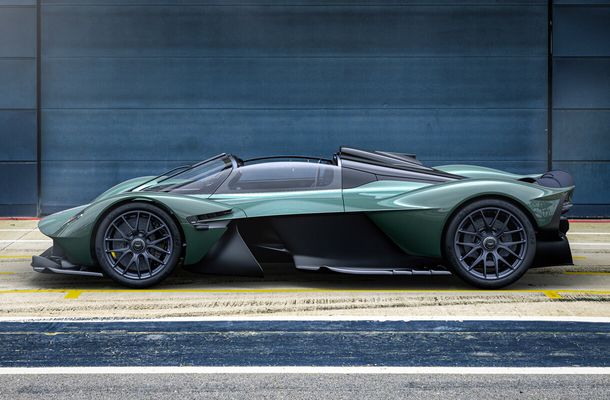 Unveiled at this year’s Pebble Beach Concours d’Elegance, the Aston Martin Valkyrie Spider is the third model to emerge from a partnership with the Red Bull Formula One team. The goal: to bring F1 technology to the open road. The result: a phenomenal hybrid powertrain with a 6.5-liter V12 engine, an electric motor in the gearbox, a Kinetic Energy Recovery System lifted from Grand Prix racing, and 1,100 total system hp. The fastest convertible in Aston Martin history, the Valkyrie Spider can hit 205 mph in top-down trim, and 217 mph with the roof affixed. Only 85 examples of this special car will be built. astonmartin.com 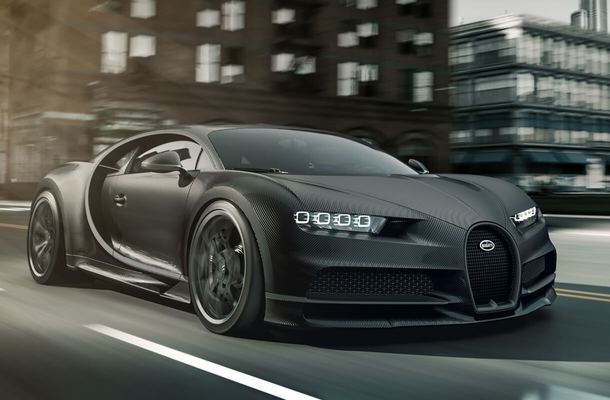 Every model coming from the factory in Molsheim is a collectible, but the Bugatti Chiron Noire is notable for its link to one of the greatest legends of all time, the Bugatti Type 57S Atlantic. Of the four Atlantics built, the one painted black, “La Voiture Noire,” went missing after World War II and was never recovered. Based on the Chiron Sport, the Chiron Noire pays homage with an exposed carbon-fiber exterior, painted in the purchaser’s choice of black or matte black. Stratospheric performance comes from the quad-turbocharged 8.0-liter W16 engine and its 1,479 hp. Of the 20 examples set to be built, all have been sold. bugatti.com 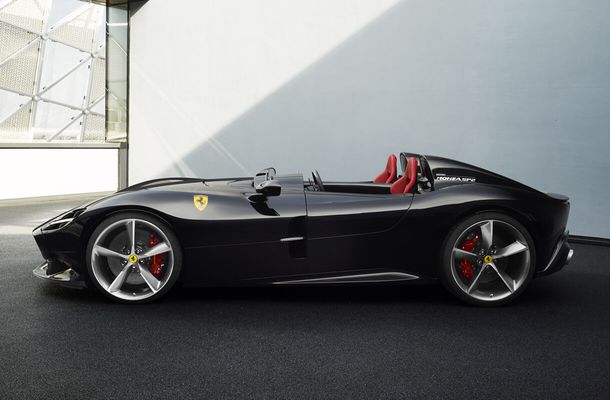 Over the years, Ferrari has produced some achingly beautiful supercars and the Ferrari Monza SP1/SP2 are proof that they’re still masters of the game. A 21st-century version of the racing barchetta, the SP1 single-seater and SP2 two-seater take inspiration from iconic Ferrari models including the 166 MM, 750 Monza, and 860 Monza. The cars feature a naturally aspirated 6.5-liter V12 engine, 7-speed dual-clutch transmission, lightweight carbon-fiber composite bodywork, and staggering performance. But what truly separates the Monza SP1/SP2 from the pack is the design, which is certain to stop traffic until the end of time. ferrari.com 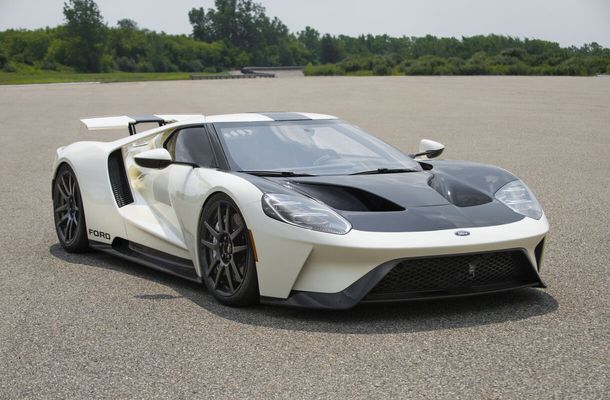 If rewatching Ford v Ferrari isn’t enough to satisfy your love for classic endurance racing, consider the Ford GT ’64 Prototype Heritage Edition. This limited-edition model is inspired by the original Ford GT prototype, which debuted at the New York International Auto Show in 1964 and became the basis for the only American car to win overall at Le Mans. The special appearance package includes classic Wimbledon White paint, Antimatter Blue graphics, and 20-inch carbon-fiber wheels, also colored Antimatter Blue. Every model in this generation of Ford GTs will prove to be a collectible—the ’64 Prototype Heritage Edition could be the most valuable of all. ford.com 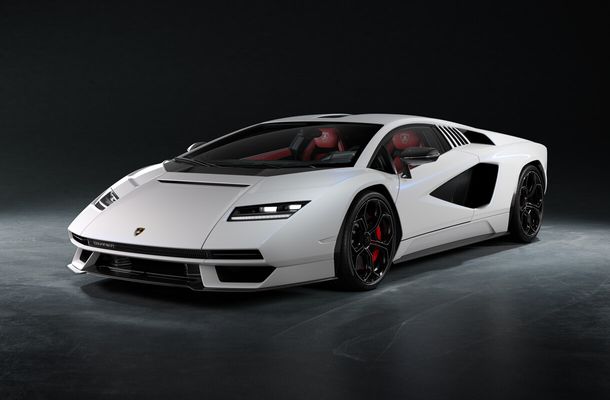 Fifty years after the debut of the concept car that would become the Lamborghini Countach, here’s the Lamborghini Countach LPI 800-4, a 21st-century take on the original. The new model features a hybrid powertrain shared with the Lamborghini Sián FKP 37: a 6.5-liter V12 engine linked to a 48-volt electric motor built into the 7-speed automated manual transmission. Energy for the e-motor is stored in a supercapacitor, which is lighter than a traditional battery pack, helping this deservedly hyped hypercar hit a top speed of 221 mph. The level of exclusivity here is significant: Only 112 examples of the Countach LPI 800-4 will be built. lamborghini.com 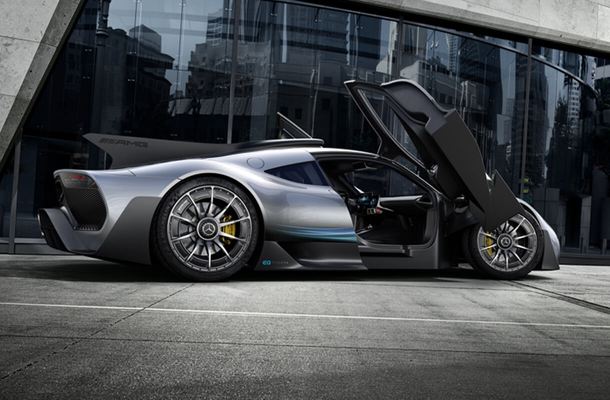 Following years of gestation, the Mercedes-AMG One is headed from the racetrack to the road. This hybrid hypercar utilizes the powertrain from the Mercedes F1 car, adapted for the road. The turbocharged 1.6-liter V6 is aided and abetted by four electric motors: one at each front wheel, one in the turbocharger, and one fixed to the crankshaft. The hybrid powertrain will produce in excess of 1,000 hp—more shockingly, the One will accelerate from 0–124 mph (200 km/h) in under six seconds. Only one car on this list was developed with input from Lewis Hamilton himself, and this is it. mbusa.com 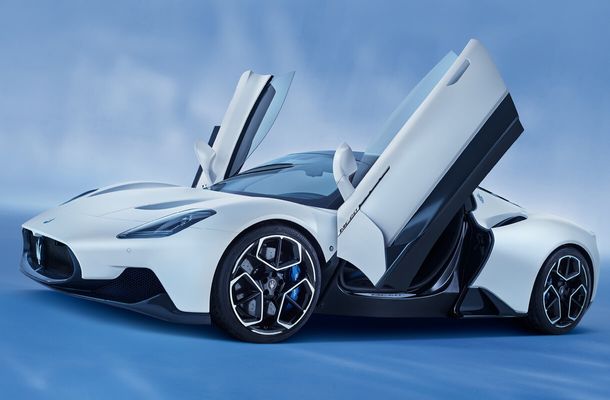 A bold new direction for an iconic brand, the Maserati MC20 is a slick supercar powered by a twin-turbocharged 3.0-liter V6 engine that employs F1–grade thinking. The car also features a carbon-fiber and aluminum structure (developed together with race engineering company Dallara), a combination that provides a superior strength-to-weight ratio. Performance figures are suitably stellar: The sprint to 60 mph takes less than three seconds and the top speed tops out at over 200 mph. The MC20 won “Product Design of the Year” in 2021 from the European Product Design Award, a fitting reward for this stunning two-seater. maserati.com 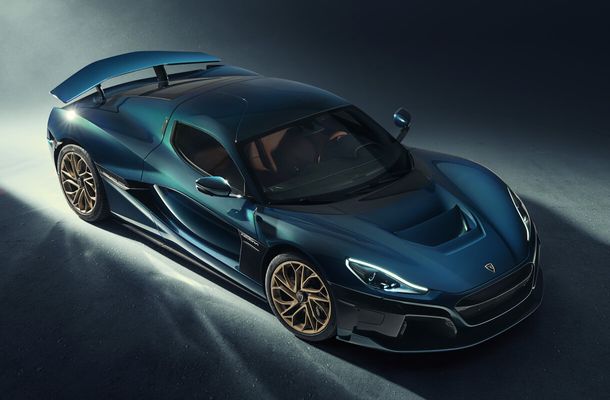 If you consider Elon Musk the patron saint of EVs, you may want to take a closer look at Mate Rimac instead. The Croatian entrepreneur developed his first electrified supercar at the age of 23. Now, a decade later, he’s helping “traditional” manufacturers with their own EV projects and has launched the Rimac Nevera, the fastest-accelerating production car in the world. The hypercar’s all-electric powertrain features a motor at each wheel, an all-wheel torque vectoring system, and 1,914 hp. This setup enables the Nevera to hit 60 mph in less than two seconds and reach a top speed of 256 mph. rimac-automobili.com 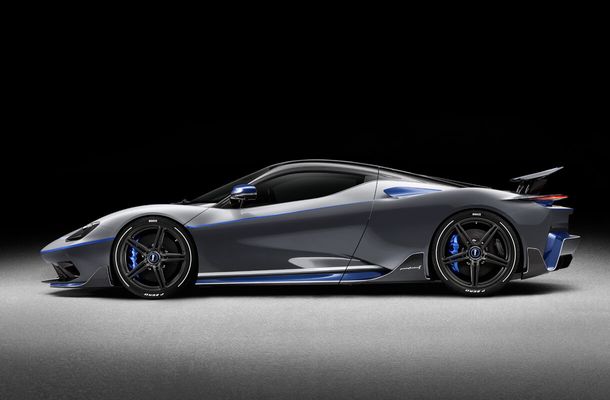 The Pininfarina Battista is a remarkably advanced hypercar from an iconic Italian brand known for setting trends. Under the skin, the Battista shares its all-electric powertrain with the Rimac Nevera, but has been engineered for more than just brutal performance. Yet, when you have an electric motor at each wheel and a powertrain that develops 1,900 hp, brutality will be part of the equation. As evidence, consider the scant 1.9 seconds it takes to reach 60 mph from a standing start or the 217 mph top speed. For those times when speed is not of the essence, the Battista can travel up to 310 miles on a single charge. The ultra-rare Battista Anniversario version, of which only five will be made, features lightweight forged aluminum wheels, a carbon-fiber front splitter, side blades, and a rear diffuser. automobili-pininfarina.com 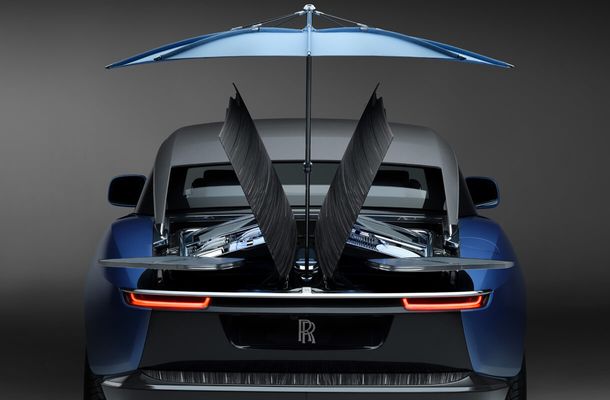 Revealed at the recent Concorso d’Eleganza Villa d’Este, the Rolls-Royce Boat Tail takes its design inspiration from J-class yachts and Boat Tail models from the early 1900s, when a sailboat hull would be bolted onto a car chassis. The new Boat Tail is even more special, though: The production run starts and stops at just one. This lucky owner gets to enjoy the gorgeous blue drophead coupe, its celebratory wooden rear deck that opens like butterfly wings, and the Bovet Fleurier watch that can be worn on the wrist or placed in a titanium enclosure on the dashboard. rolls-roycemotorcars.com 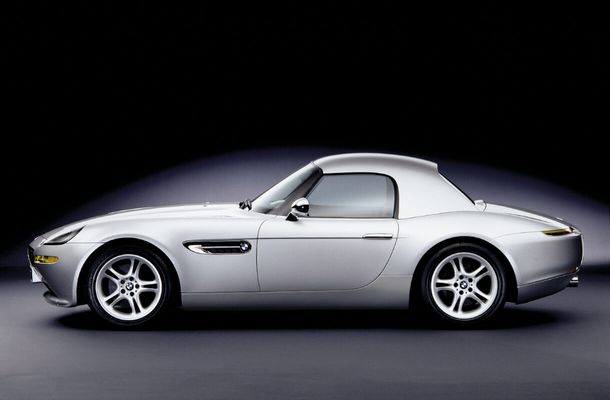 Penned by one of the very best designers in the business, Henrik Fisker, the BMW Z8 has the kind of perpetual cool factor needed to make it a brilliant investment over time. Produced from 2000 to 2003, the Z8 came in two different versions. The original featured a 4.9-liter V8, 395 hp, and a 6-speed manual transmission. The final car off the line was an Alpina Roadster V8 with a 4.8-liter V8, 375 hp, a 5-speed automatic, and a more supple suspension system. Regardless of the type of Z8 chosen, this is a stunning car that’s earned its place in the spotlight. bmwusa.com 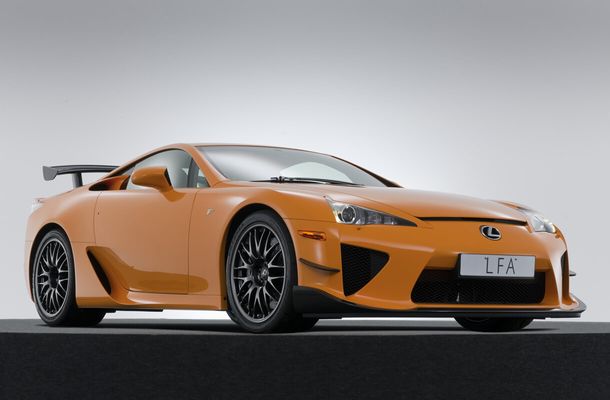 An absolute halo car for the brand, the Lexus LFA is such a rarity, many people don’t even know it existed. From the start, only 500 examples of this dynamic supercar were planned and Lexus stuck to its guns, handcrafting 20 vehicles per month from 2010 to 2012. Prior to delivering any of them, prototype versions of the LFA were campaigned at the Nürburgring 24 Hours, one of the most daunting races on the planet. The LFA is powered by a raucous 4.8-liter V10 engine linked to a 6-speed automated manual driving the rear wheels—all of the engineering informed by Toyota’s foray into F1 racing in the 2000s. lexus.com 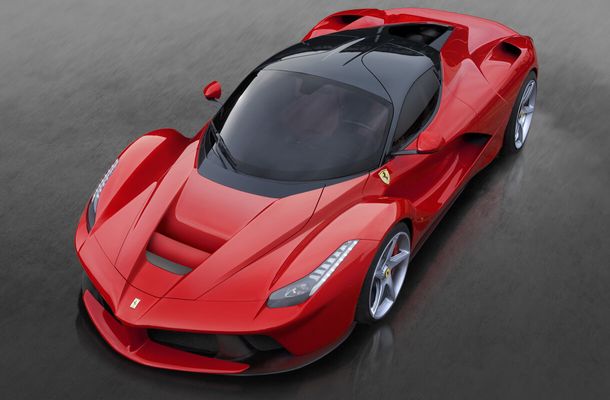 The first plug-in hybrid hypercar from the brain trust at Maranello, the Ferrari LaFerrari was produced from 2013 to 2018, offered initially in coupe, and then in convertible form. The driving force behind the car is a mid-mounted 6.3-liter V12 engine linked to a single electric motor, a kinetic energy recovery system (KERS), and a 7-speed dual-clutch transmission. The LaFerrari has prodigious performance numbers: a 0–60 mph sprint time of some 2.5 seconds and a top speed of 220 mph. Recent examples have sold at auction for more than $3 million, close to three times its original starting price. ferrari.com 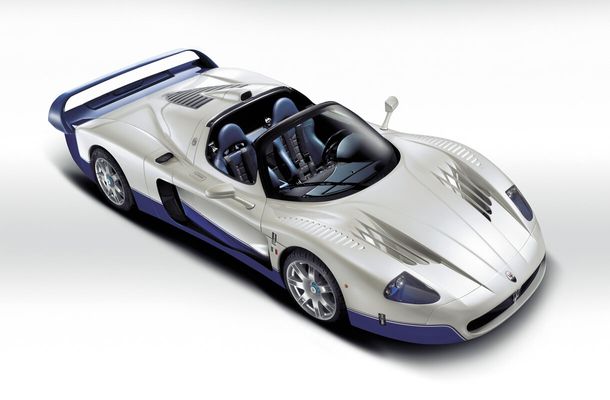 The Maserati MC12 is another exceedingly rare supercar with an incredible pedigree and tremendous potential as an investment vehicle. Effectively a Ferrari Enzo under the surface, the MC12 was designed by one of the all-time greats in the business, Frank Stephenson. In fact, the designer who also penned cars for BMW, Ferrari, McLaren, and MINI considers the MC12 his masterpiece. The car was only produced from 2004 to 2005 and was created to enable a racing version to compete in the FIA GT Championship and to raise the profile of the Maserati brand around the world. Only 62 examples of the MC12 were built, and just 12 of them were track-only versions. maserati.com 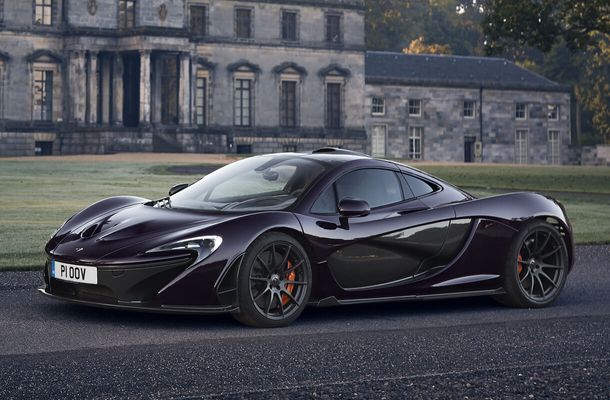 Although the legendary McLaren F1 is the supercar hardcore collectors long for, the McLaren P1 has everything needed to become a world-class store of value in its own right. Produced from 2013 to 2015, this plug-in hybrid supercar features a mid-mounted twin-turbocharged 3.8-liter V6, a single electric motor, and a 7-speed dual-clutch transmission. The hybrid powertrain develops 903 total system hp, launching the P1 to 60 mph in around 2.5 seconds and generating an electronically limited top speed of 217 mph. The P1 sells at auction for about $1.5 million of late, a relative bargain for all this engineering brilliance. mclaren.com 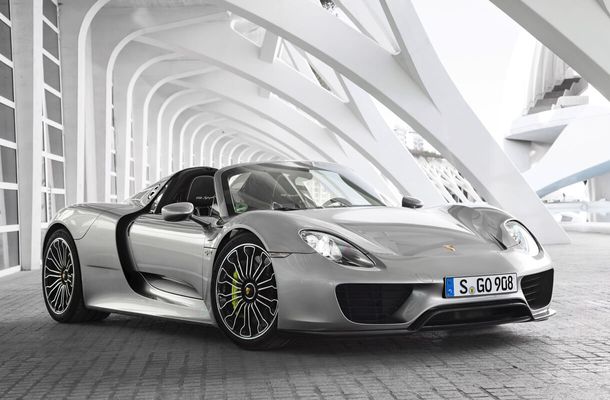 Together with the Ferrari LaFerrari and the McLaren P1, the Porsche 918 Spyder completes the “Holy Trinity” of hybrid hypercars. Produced from 2013 to 2015, the 918 Spyder was unique in its engineering: a naturally aspirated 4.6-liter V8 was linked to two electric motors, one mounted on each axle. The hybrid powertrain developed 875 hp and enabled the Porsche to hit 60 mph in 2.4 seconds, while top speed reached its crescendo at 214 mph. According to the initial plan, only 918 examples of the 918 Spyder were ever produced; currently, the Porsche sells at auction for around $1.5 million, roughly twice its original price. porsche.com