HOME VACATION HOMES FOREVER HOMES BRANDED PROPERTIES UNUSUAL PROPERTIES BATHROOM DESIGN NEW FURNISHINGS DESIGN'S NEW GUARD BUYER'S GUIDE
PRIVATE MARINAS
Forget four-car garages, or on-property helicopter pads. The new must-have is a private marina. But this is no simple slip for a sloop; instead, it's a fully equipped berth for a superyacht that turns a waterfront home into a chance to take to the seas.
by Mark Ellwood 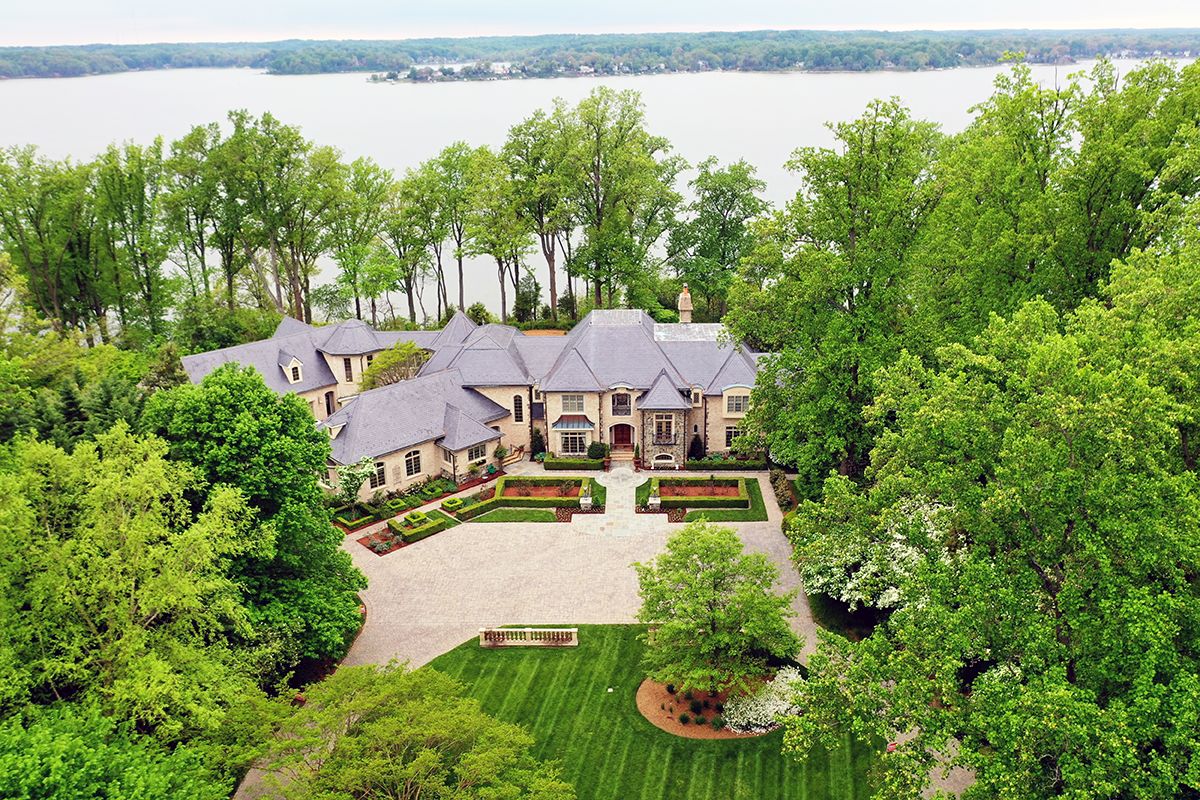 Private marinas are synonymous with luxury waterfront enclaves around the world: a $10 million home in Annapolis, Maryland, for example, has a 10,000-pound boat lift at its own pier that’s roomy enough for a 70-footer. The Bahamas is a particular paradise for private marinas. On Paradise Island, in fact, a $15.8 million home (christiesrealestate.com) has a private marina dock directly on Nassau Harbour. A 14-acre estate on the north end of Man-O-War Cay has a MLW depth (that means low water, or low tide average) of 8 feet, its own boat house, and 390 linear feet of docks for just under $10 million.

John Christie, president of H.G. Christie (hgchristie.com), the leading luxury broker in the Bahamas, says that homes on canal-front developments around the world—think Florida’s Intracoastal—have long offered somewhere to stash a boat on property, but rarely stretched to a purpose-built marina. It was the buyers of private islands that boosted the profile of pimped-out piers and docks. “People would buy islands, then they needed somewhere they could run their boat back and forth from. Sometimes a private marina in Nassau is just a base for that,” he explains.

There’s brag and novelty value both in such an on-property asset too. “It’s a status symbol, not just about practicality. You want to be in that lifestyle, and show it off … tell your friends,” he says.

If you're browsing properties with marinas, look for one that's been blasted from rock rather than built on sand (which will eventually require shoring up) and has an entrance on the leeward side, Christie counsels. Note, too, that deep-water access is essential, because it's pricey and often prohibited by red tape to dredge such channels if they're not already in place.

On Lake Como in Italy, a 10,700-square-foot villa (luxuryportfolio.com) designed by famed architect Giacomo Mantegazza features a secret, underground passageway down to its own waterfront.