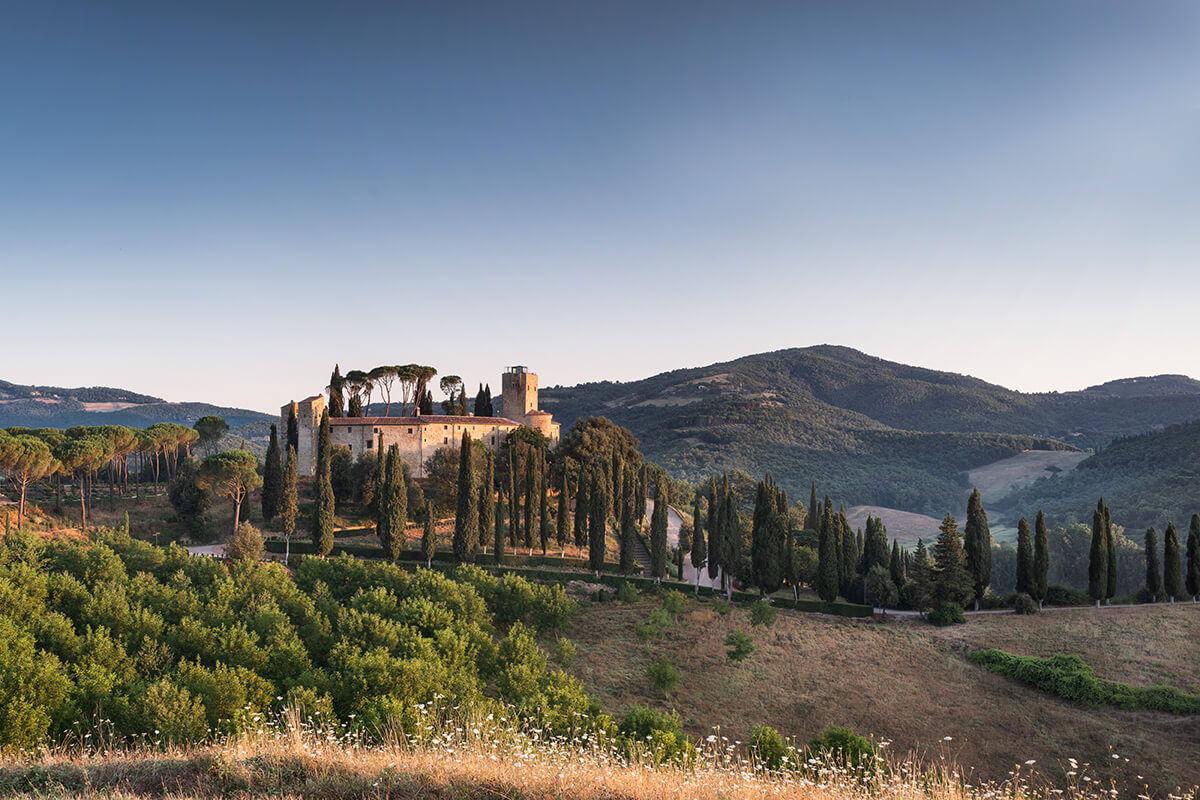 “Self-care” may be the term du jour but the concept has been around since man himself. As far back as 2600 B.C. in ancient Babylon, apothecaries—filled with tinctures and tonics to sate, salve, and soothe—have been doling out the secrets of wellness. More than four millennia later, plenty of spa trends have come and gone, but the earthly benefits of natural treatments and therapies remain as effective as ever (perhaps even more so as we navigate a world overwhelmed by technology). And in Italy, three new spas are prioritizing a return to the holistic practices that have been nurturing us for generations. 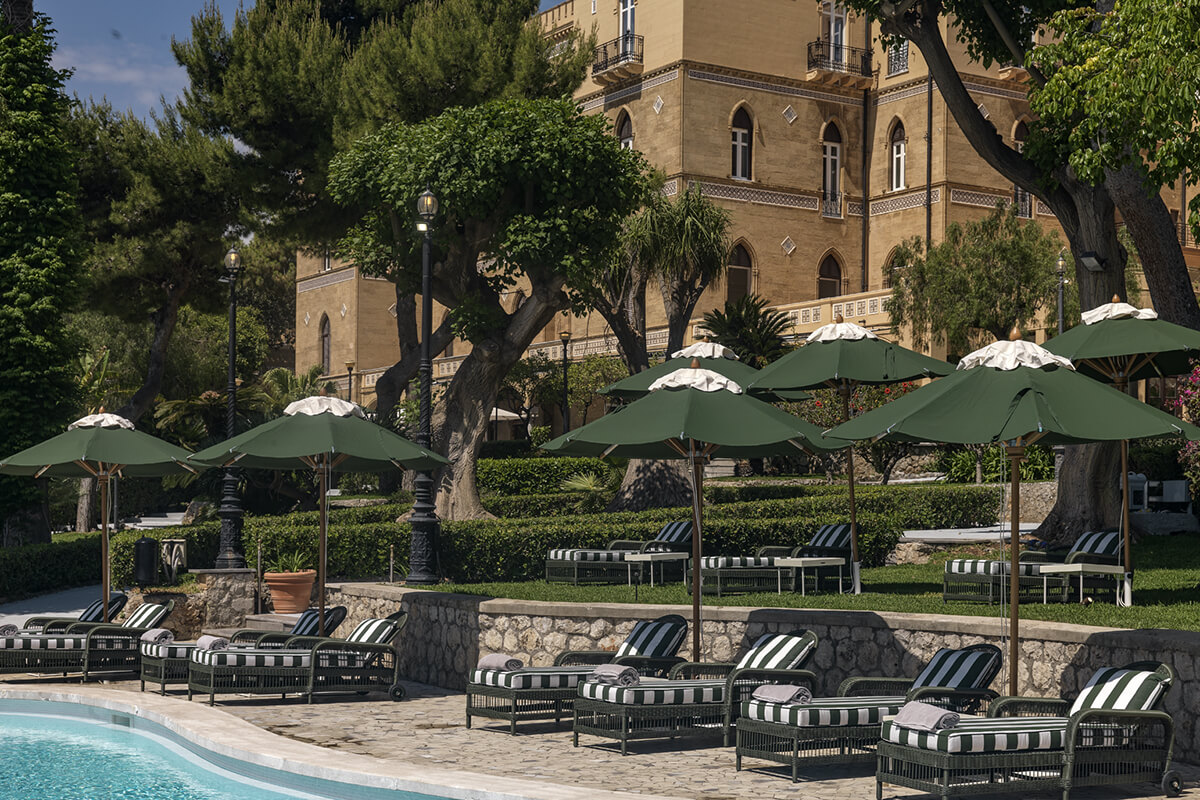 Nothing says “ancient apothecary” quite like a 1,000-year-old castle in the verdant hills of Umbria. It’s taken 30 years to bring Castello di Reschio (reschio.com) into the 21st century, but the hotel opened last year makes no efforts to hide its age—especially in the Bathhouse spa. Hidden away in the castle’s old underground wine cellars, the wellness retreat may be just a few stone steps away, but it transports guests all the way back to the Roman Empire, when baths were the ultimate expression of self-care. Accordingly, the spa features a subterranean saltwater pool and tepidarium, a private nook for relaxing after treatments using healing botanicals collected by Selvatica, the hotel’s free-spirited herbalist.

Next, a few thousand feet up into the Dolomite Mountains, the new Hotel de Len (hoteldelen.it) has opened in the village of Cortina d’Ampezzo. One look and it’s clear that nature plays a vital role here: The 22-room property is constructed almost entirely from local wood (de len translates to “made of wood” in Ladin, the local neo-Latin language). At the rooftop spa, the views across the Cortina slopes are splashed with natural light. There, local healers use ancient techniques to soothe and pamper. Arnica, juniper, alpine salt, sea buckthorn, and volcanic mud have all been sourced according to their healing properties for use in experiences like hot-stone treatments, cupping therapies, and, for those who have come to conquer the peaks of the mighty Dolomites, muscle-soothing massages. 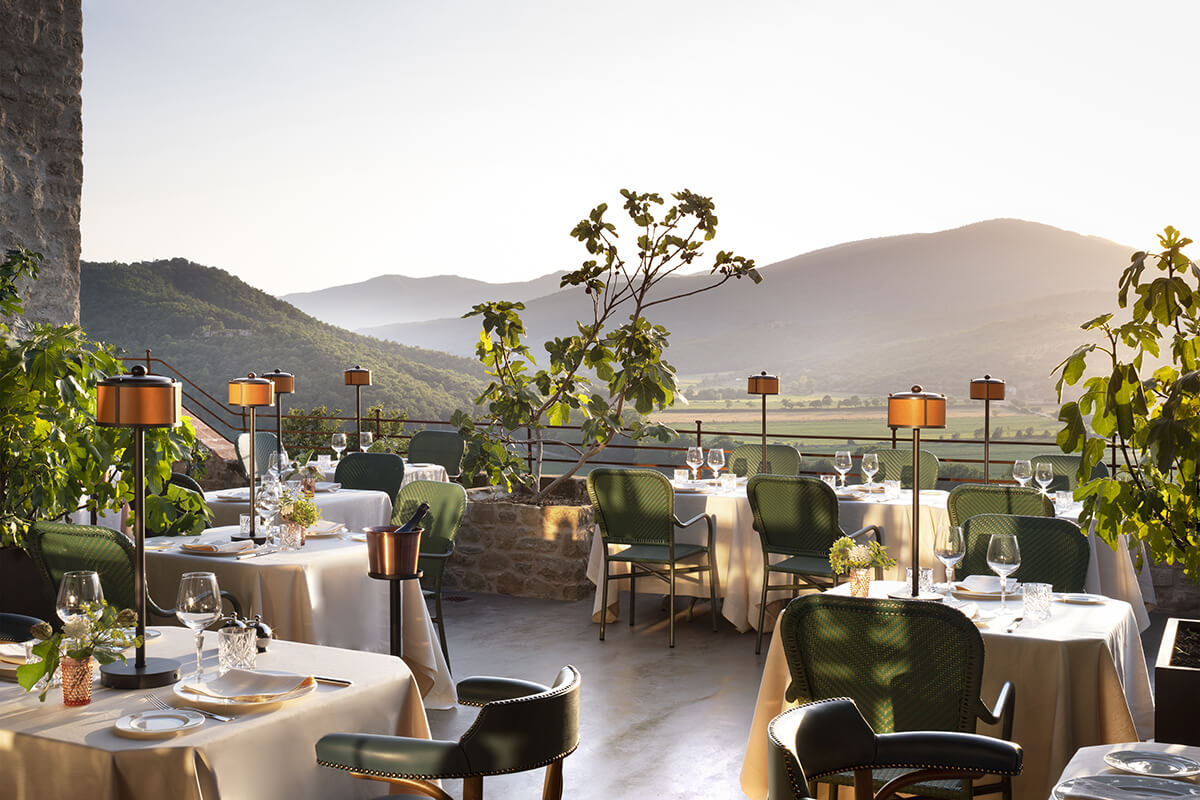 On Sicily, the seaside capital of Palermo recently welcomed an early 19th-century icon back to life with the reopening of Villa Igiea (roccofortehotels.com). The Art Nouveau palazzo is the former home of prominent Italian couple Ignazio and Franca Florio, who at one time planned to make the grand estate a medical facility for those who, like their daughter, suffered from tuberculosis. Today, the grand villa is part of another prestigious family: the Rocco Forte Hotels collection, spearheaded by hotelier Sir Rocco Forte and his sister Olga Polizzi. The 100-room hotel takes its cues from the Mediterranean in every way, from chef Fulvio Pierangelini’s Sicilian cuisine to Polizzi’s elegant, sea-inspired interiors. The region’s long-documented health benefits, meanwhile, are highlighted in the Villa Igiea Spa, where Irene Forte Skincare—made with botanicals from the hotel’s organic farm, orchards, and olive groves—is incorporated into every therapy. The healing powers of prickly pear, the soothing essence of pistachio, and the anti-aging effects of hibiscus have all been tapped in this modern-day apothecary. Meanwhile, body scrubs and massages incorporate sea salt, algae, and volcanic stones—ingredients that have been around as long as earth itself.