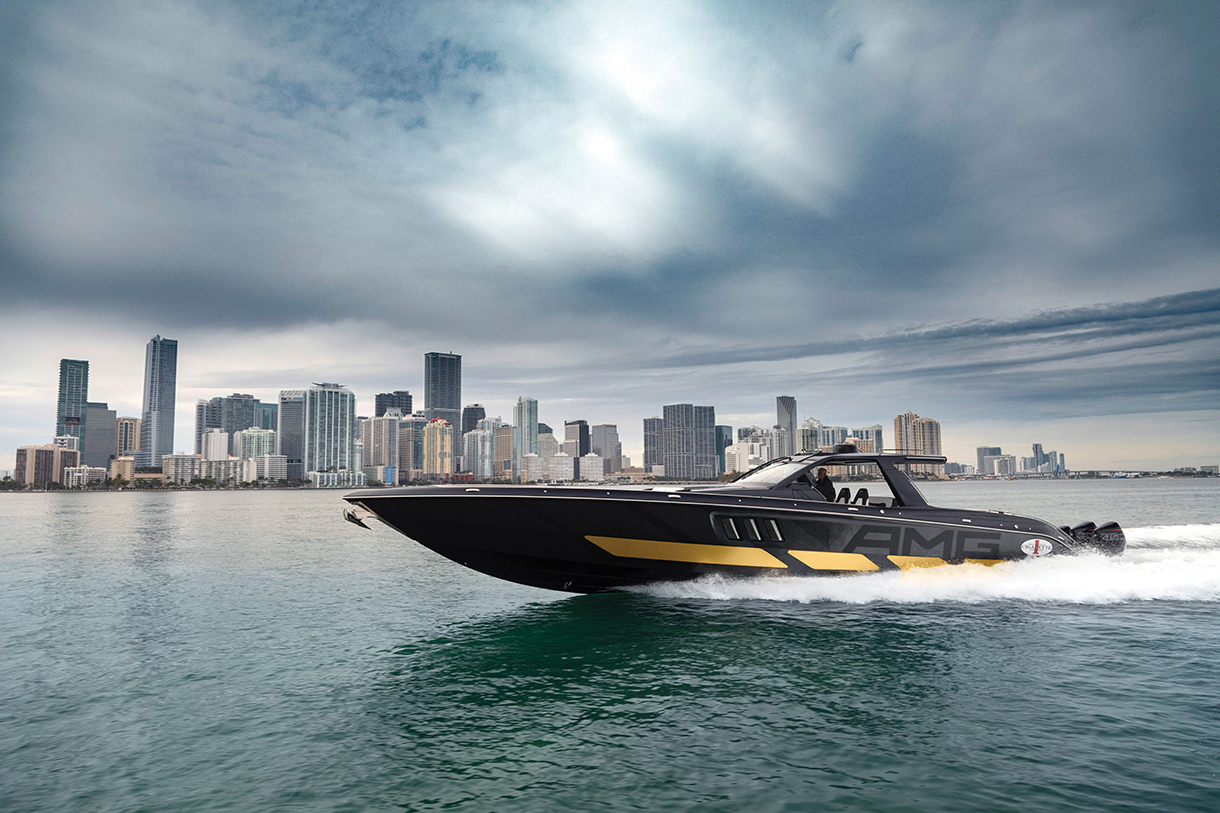 The connection between the worlds of yachting and automotive design stands rooted in an enduring legacy—and three of the latest editions are better than ever.

While the precise time when the car and boat industries collided is up for debate, one could look to the very late 1920s and early ’30s, when boattail coupes and roadsters first appeared on the motoring landscape. These designs were part of a larger movement, a stripped-down spin-off of Art Deco called streamline moderne, which emerged in response to the economic challenges of the Great Depression. An example of this philosophy in motion, the 1932 French ocean liner SS Normandie was an early source of inspiration for both land- and seagoing vessels. The ship set a speed record for crossing the Atlantic Ocean and remains the fastest steam turbo-electric-powered vessel in history. Around the same time, the idea of performance blended with aeronautical design was furthered by a host of carmakers ranging from Ford to Rolls-Royce.

These days, it’s far more common for automotive design to carry over into the boating world than the other way around. There are some concrete reasons behind this shift. First of all, aerodynamics has long been a pillar of making a car and many manufacturers have access to their own wind tunnels. These same carmakers have large design studios that regularly partner on outside projects and tackle a range of industrial design. Thus, we have the example of legendary boat-builder Riva partnering with the equally iconic Ferrari in 1990 to create the Riva Ferrari 32, a limited-edition speedboat capable of cresting 50 knots. A few years later, Turkish builder Yonca enlisted the help of Nissan Design to create the Motali luxury yacht. More recently, Aston Martin partnered with Quintessence Yachts on the AM37, the very first powerboat to be offered by the British carmaker.

Starting back in 2007, Cigarette Racing and Mercedes-AMG have teamed up on a series of special projects—the latest being the jaw-dropping ’59 Tirranna AMG Edition ($3 million; cigaretteracing.com). This dynamic powerboat features six Mercury Racing 450 outboard motors churning out 400 hp apiece and enough muscle to send the Tirranna AMG Edition up to 63 knots.

With engines fueled to the brim, the vessel is also capable of cruising for up to 780 miles and is stable enough for ocean jaunts. What’s more, the boat offers plenty of comfortable seating options and an interior crafted by Poltrona Frau, with a California king berth and shower room for longer trips. Part offshore racer, part high-speed cruiser, it’s the Autobahn-inspired king of the seas. 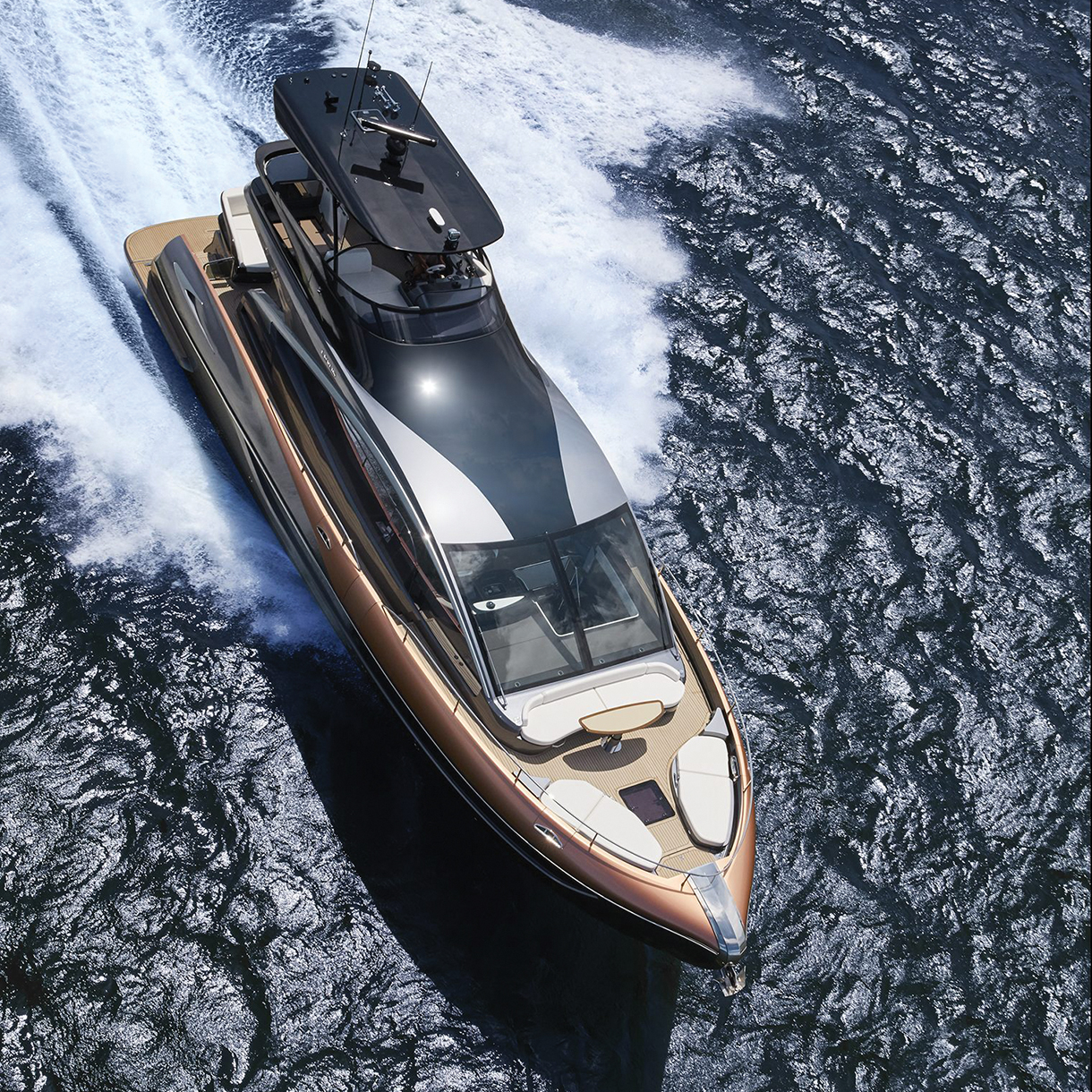 A joint venture between Marquis Yachts and nautical design studio Nuvolari Lenard that’s been momentarily put on pause, the Lexus LY 650 ($3.7 million; lexusyachts.com) is the carmaker’s first-ever production luxury yacht. This ocean-ready, 65-foot flybridge cruiser is powered by two Volvo Penta IPS engines, available with a combined output of 2100, 2400, or 2700 hp. Over 75 percent of the vessel’s hull and deck are made of carbon fiber, which creates superior strength and weight savings over conventional yacht designs. Taking advantage of the latest in computational fluid dynamics, the hull is uniquely shaped to generate greater stability, speed, and efficiency in open water. 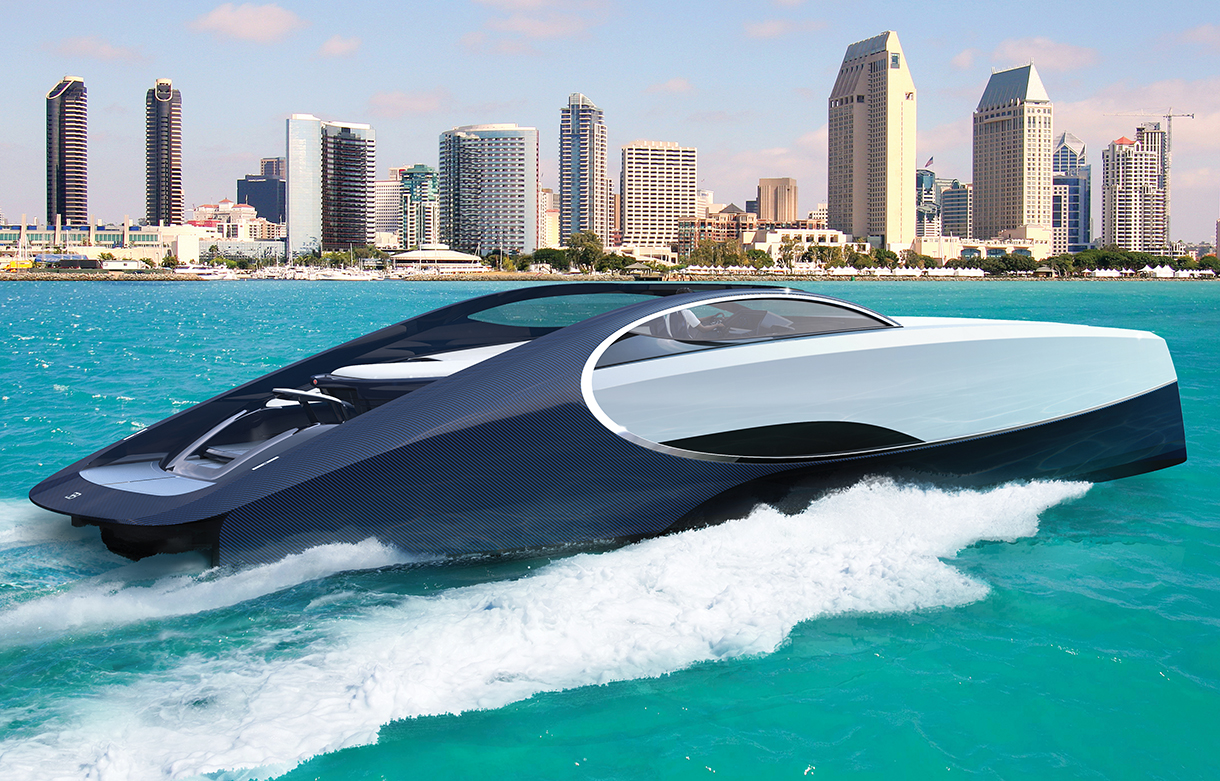 Looking precisely like a Chiron engineered for open water, the Bugatti Niniette 66 ($2.2 million; bugattininiette.com) is a stunning yacht created by the fabled French carmaker and boat-builders Palmer Johnson. Powered by a pair of Man engines that develop a combined 1000 hp, this sleek 66-foot vessel can hit 44 knots and features a unique hull design with sponsons for increased stability. If the exterior speaks to unrivaled performance, the interior is an equally bold statement of sheer luxury. The lounge features signature Bugatti design elements, including the macaron skylight and horseshoe-shaped front grille treatment. The master suite is adorned with carbon fiber, leather, nubuck, and polished metal. Back on deck, there are two tiered lounges, the first with a pair of sofas separated by a fire pit, the other featuring a hot tub, sundeck, and champagne bar. The Bugatti Niniette 66 is available to only 66 discerning customers before the design sets sail forever. —Mark Hacking