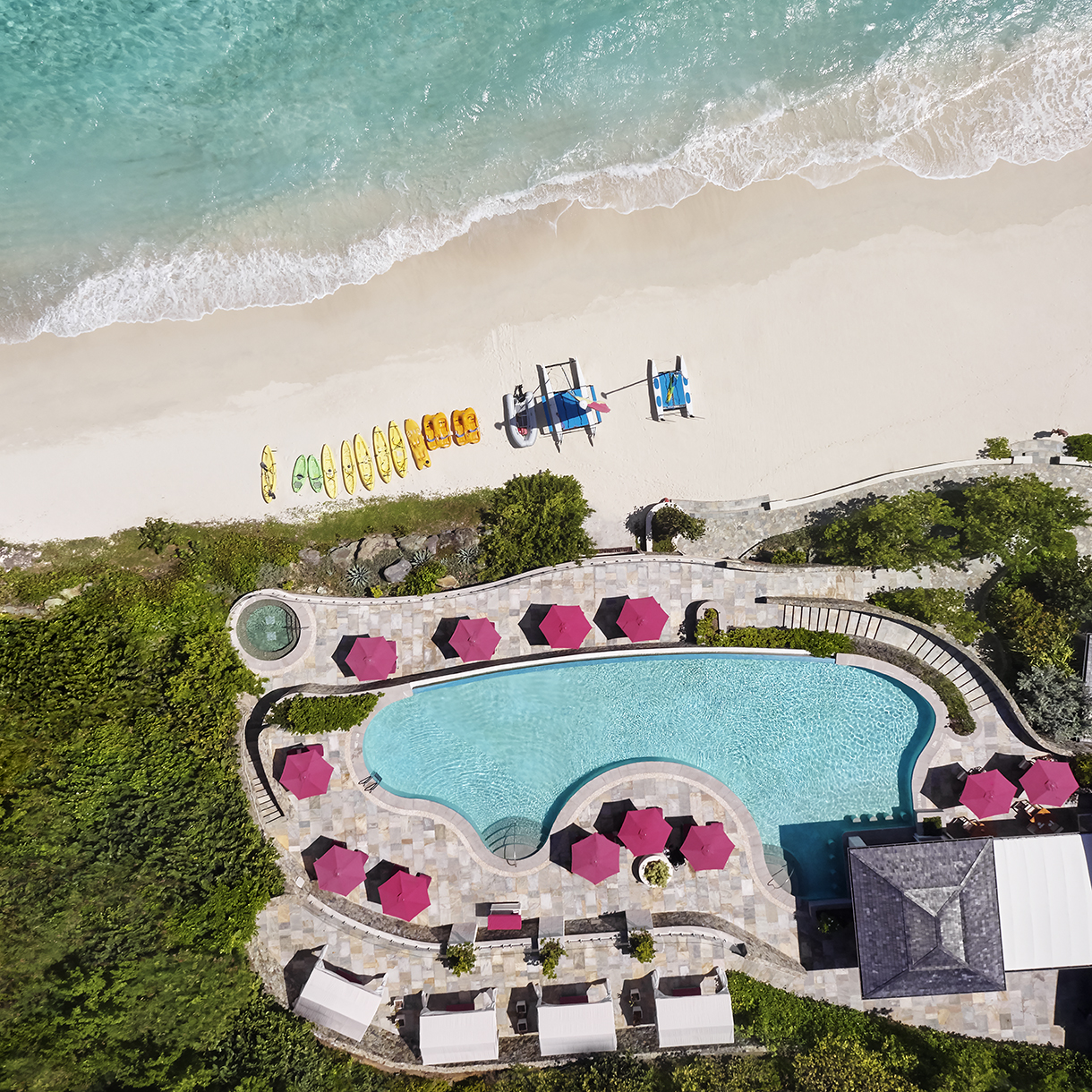 A new crowd of well-heeled jet-setters are descending on the 5-square-mile island.
BY SHIVANI VORAH 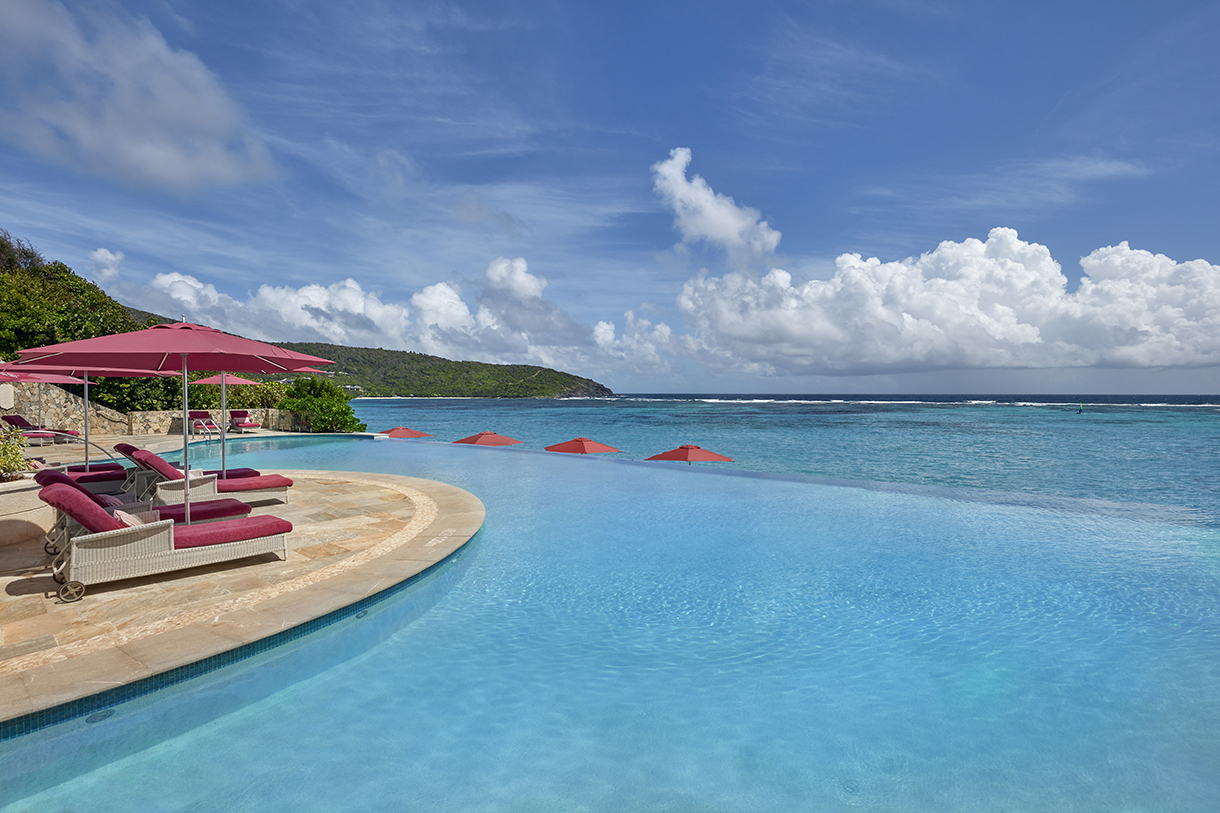 A 15-minute plane ride from Grenada and St. Lucia and 45 minutes from Barbados, Canouan is generating excitement from a new crowd of well-heeled jet-setters. Having weathered economic booms and busts in decades past, the 5-square-mile speck of verdant green, jagged mountains is due. The $250 million Glossy Bay Marina backed by billionaire Dermot Desmond (behind Sandy Lane resort in Barbados) opened in 2017 with berths for 120 yachts and a marina plaza built out for restaurants, bars, and boutiques. Desmond’s new Sandy Lane Yacht Club & Residences debuted 20 private homes and the fine-dining boîte Foxy Jack’s. There are hotel development rumors flying with names as significant as Aman and the runway has been extended to accommodate larger private jets. The Caribbean’s largest living coral barrier reef is just offshore and the turtles (Canouan means “turtle island” in Arawakan) wander all over the island, from the paved, winding roads to the rugged hillsides.

In 2016, Mandarin Oriental, Canouan took over the beach resort formerly known as Pink Sands Club, Canouan. The place was just a year old, built as the chic younger sister of Barbados’ famous Sandy Lane resort. An intimate property on Godhal Beach, the sweeping stretch of white sand on the northeastern shore, the resort has just 26 colonial-style rooms, the smallest of which is a one-bedroom, 1,226-square-foot ocean-view suite. There are also 11 villas, a large infinity pool, and a water sports center with complimentary catamarans and kayaks. Among the four restaurant options is Asianne, which serves cuisine from around Asia, including spicy tandoori king prawns via India, and Tides Bar + Grill, serving a lineup of American classics with a Caribbean flair; think chowder made with the locally caught fish of the day. The spa has 10 suites nestled in the hills, and it’s hard not to fall asleep midmassage as the ocean breeze and sound of crashing waves stream in from the open windows. The resort lies within the larger 1,200-acre Grenadines Estate, where hotel companies Rosewood and Raffles have managed and left the same resort, now operated as residential villas. The gated property also boasts an 18-hole Tom Fazio–designed golf course, two beaches with clubs, and four more restaurants. From $1,300; mandarinoriental.com 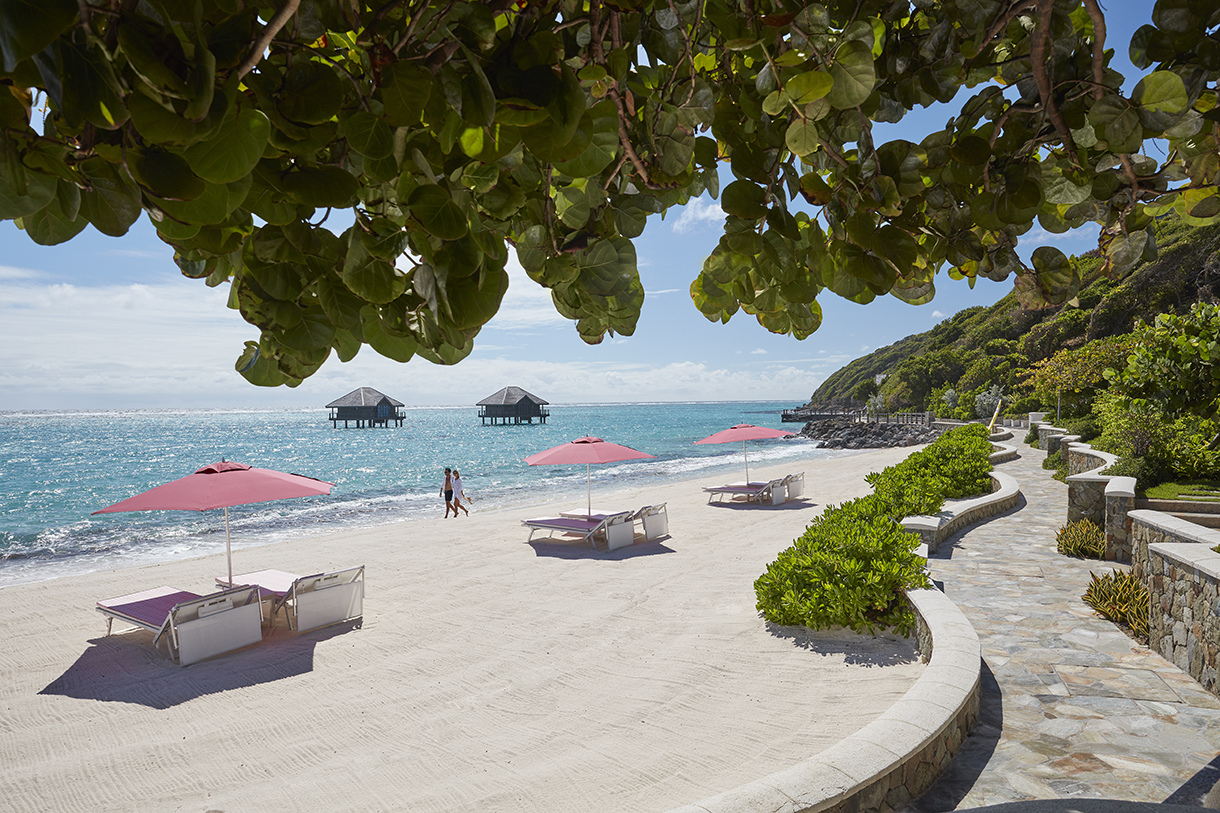