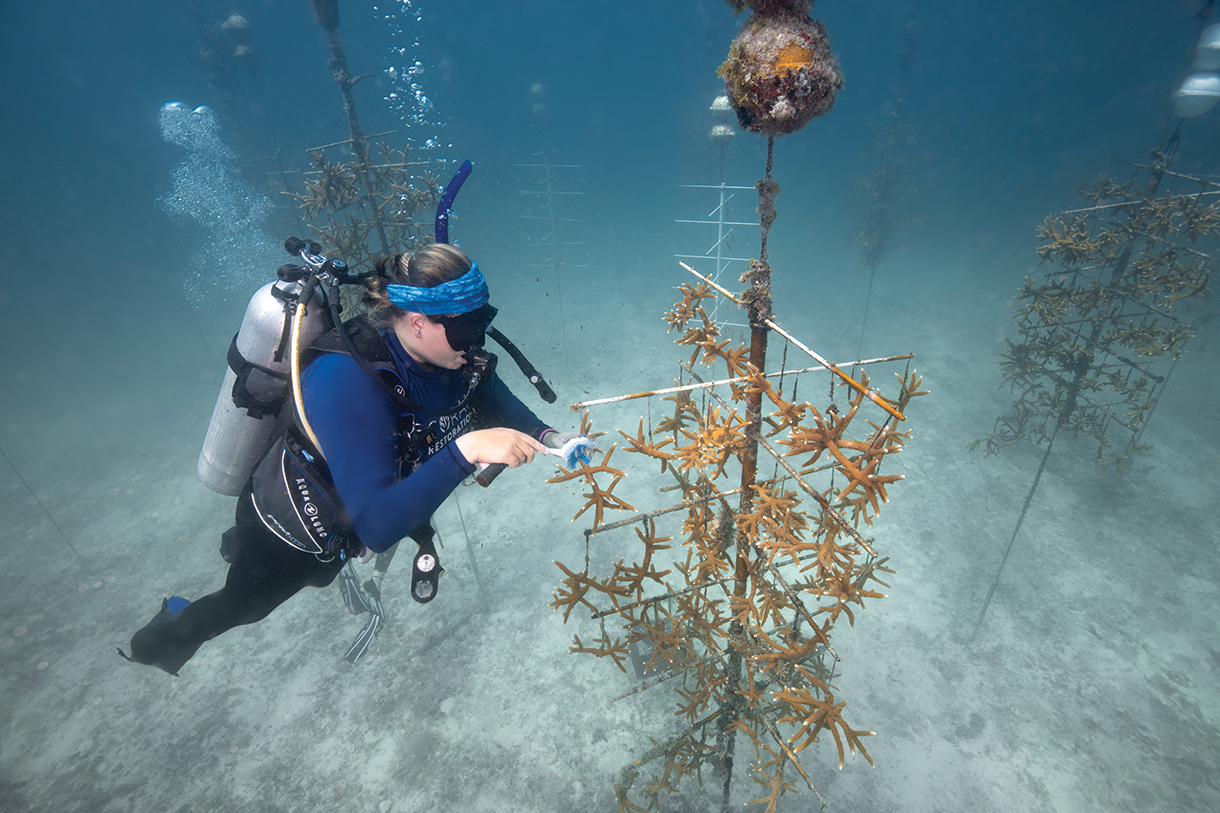 A private Florida community partners with an NGO to help restore local reefs.
BY TED ALAN STEDMAN
In the shallow waters off Key Largo, Florida, lies a startling site: a whimsical underwater faux forest resembling Christmas trees decked with dangling ornaments swaying in the Gulf Coast current. The trees, in fact, are made of PVC pipe, the ornaments are fragments of coral, and the forest itself is known as the Carysfort Coral Tree Nursery—a total coral reef restoration initiative, the first of its kind.

The Florida Keys have seen drastic die-offs in coral cover in recent years, experiencing a 90-percent decline since the 1970s. In 2015, the private Key Largo community of Ocean Reef Club (oceanreef.com) partnered with the Coral Restoration Foundation, or CRF, (coralrestoration.org) to fully restore Carysfort Reef off Key Largo. The nursery’s trees currently hold more than 6,000 individual coral colonies, suspending them above the smothering sands and debris that can impede young coral growth. When the corals reach a specific size, the CFR team and volunteers harvest the coral fragments and secure them to designated reef patches with a two-part marine epoxy.

Since 2015, Ocean Reef Club has committed $1 million to enable 30,000 corals to be propagated and outplanted to Carysfort Reef. The partnership estimates a full-scale restoration of the reef by 2020, with hopes that other similar reef projects will follow.

“North Carysfort Reef is an ideal site for a full restoration based on numerous factors,” says Jessica Levy, CRF program manager. “Our goal is to demonstrate a best-in-class example for international reef restoration efforts. Our partnership with Ocean Reef Club is proof that concentrated efforts are making a positive difference for this critical habitat.”