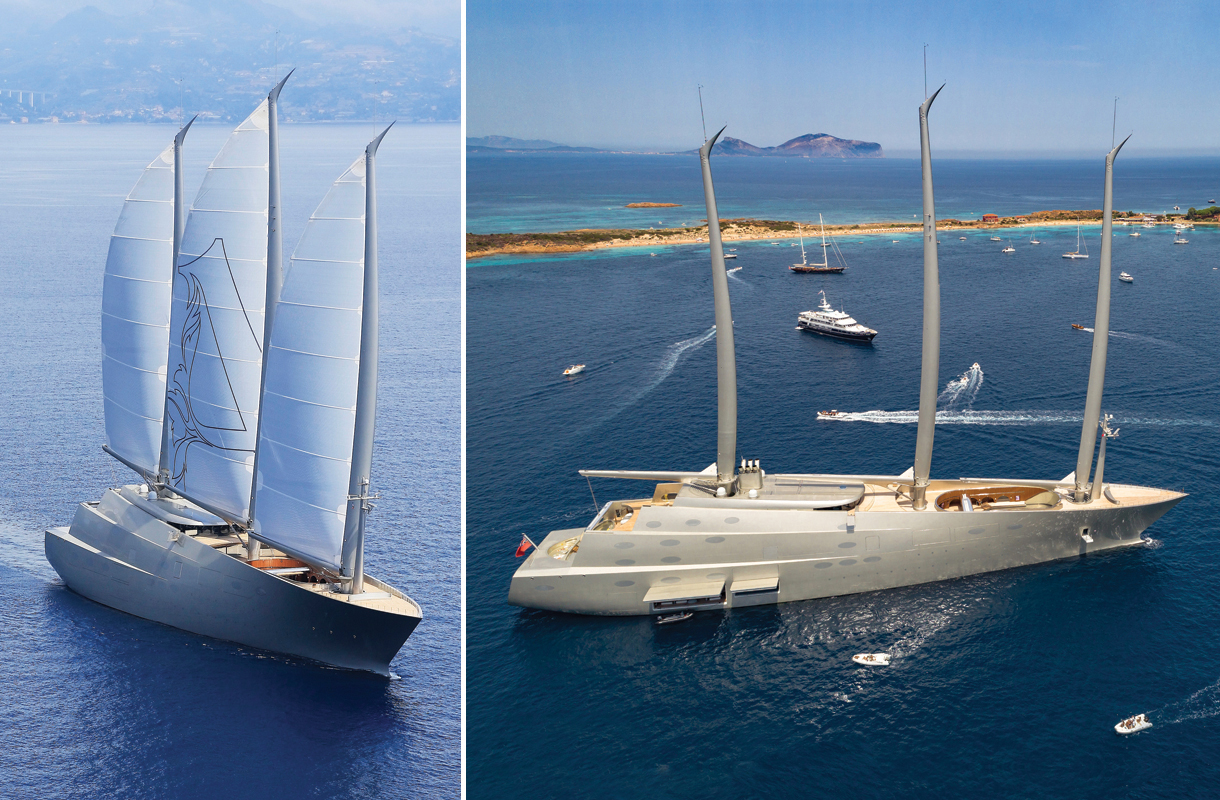 Though it is the world’s largest private sailing yacht, the Nobiskrug-built vessel called simply Sailing Yacht A looks more like a gargantuan piece of floating modern art than a ship. At 469 feet, it is indeed superlative in terms of size, but it also breaks barriers for its design, helmed inside and out by the luminary Philippe Starck. Yachting fans may recognize this distinctive styling as well as the ship’s name: Both are apparent on the 2008-launched Motor Yacht A, also designed by Starck. (The Russian industrialist Andrey Melnichenko reportedly commissioned both vessels.)

Starck’s exterior lines for Sailing Yacht A are like nothing else in the industry. Sloping upward from bow to stern, the three stepped tiers of its superstructure are elegant and uninterrupted. The German shipyard was able to completely hide all the superyacht’s machinery—like radar, communications towers, and tender cranes, which are external and unsightly on most yachts—within A’s hull and superstructure, which contain eight decks and a staggering interior volume of approximately 12,600 GT. With all that space, the yacht is able to accommodate 20 guests and 54 crew. Nearly invisible windows in the hull and superstructure further contribute to the visual mystique created by the yacht’s exterior lines. Sailing Yacht A’s carbon-fiber masts, the tallest of which stands 328 feet above the water line, are the tallest and most heavily loaded freestanding composite structures in the world, according to the shipyard. The massive sails, however, are not the ship’s primary means of propulsion. Nobiskrug says that Sailing Yacht A is a “sail-assisted motor yacht,” meaning that the sails serve to help improve the efficiency of the yacht’s diesel-electric hybrid propulsion system.

Most other details of this ground-breaking design remain unknown, per the owner’s mandate for privacy, but the shipyard has released some of its highlight features. Those include several drop-down balconies, a touch-and-go helipad at the bow, multiple internal elevators and spiral staircases, and an underwater observation pod molded into the yacht’s keel. nobiskrug.com