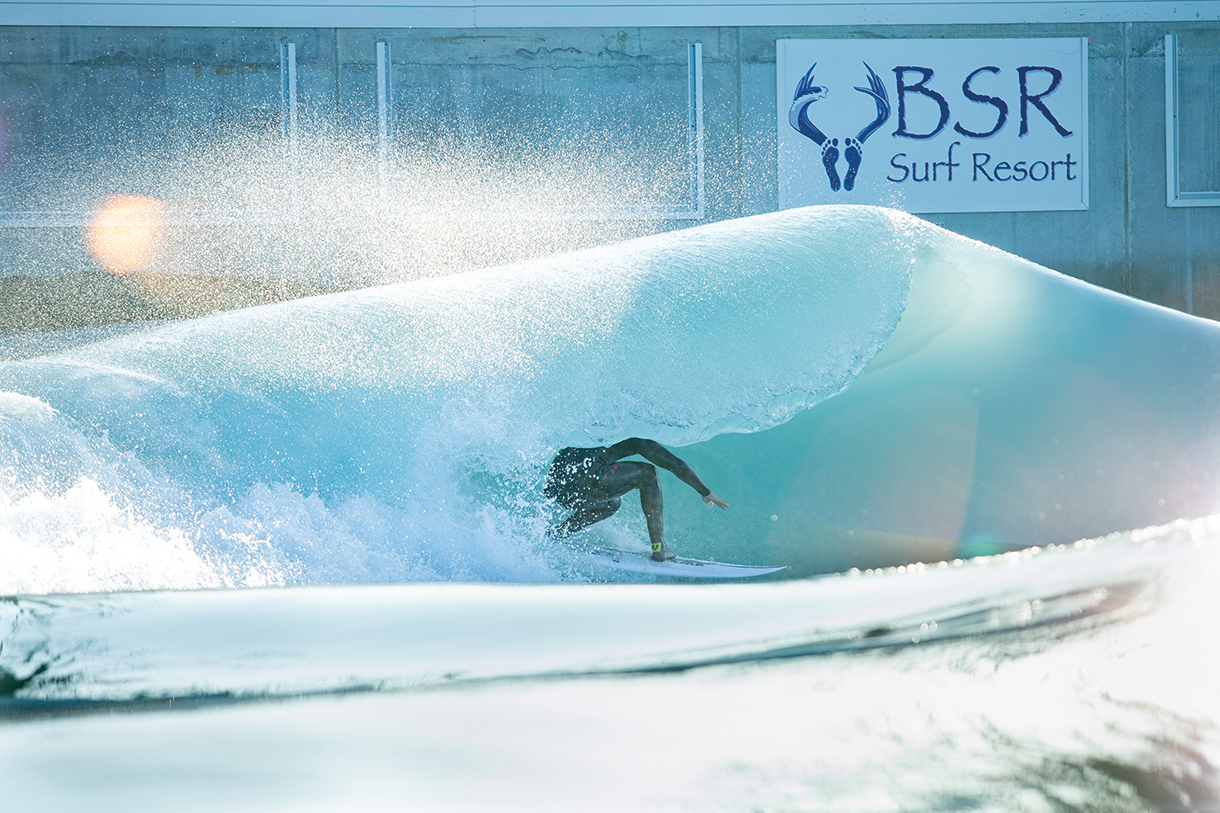 Chasing fickle, sometimes starkly different-than-forecasted swells around the world has long been an exhausting but thrilling wave-riding rite of passage. As both the sport and lifestyle of surfing rise in popularity, however, the proliferation of purpose-built wave pools offer a convenient and controlled alternative.

BSR Cable Park, Waco, Texas
Currently the sole pool using PerfectSwell, a technology patented by Solana Beach, California–based American Wave Machines, the Surf Resort at BSR Cable Park distinguishes among three wave types (beginner, intermediate, and expert) to be booked by the hour. The barrel and specialty settings like the wedgy Freak Peak and combination wave AirLink can only be switched on for private bookings. It’s worth noting that BSR Surf Resort reopened in March following a nearly six-month voluntary closure after a 29-year-old New Jersey man who surfed the park last September died from a brain-eating amoeba called Naegleria fowleri. BSR Surf Resort since installed a new filtration system, a deeper pool, and the capability for some larger waves. perfectswellsurf.com 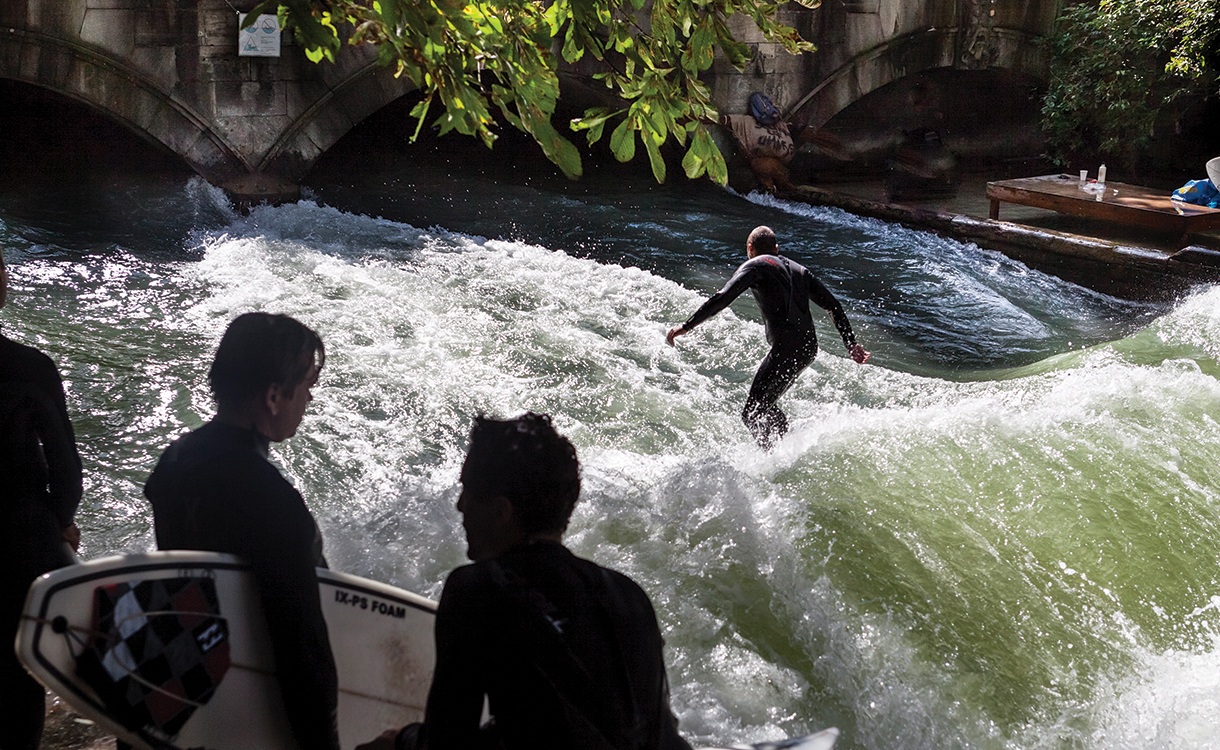 Eisbachwelle, Munich
To slow the flow of water from the Isar River through Munich’s English Garden, German engineers submerged concrete blocks across the roughly 50-foot-wide canal. While they achieved a gentle stream, they also created a fast, whitewashed-gushing rapid in what some call a rare engineering oversight. Eisbachwelle, or “ice creek,” is a standing, knee-to-waist-high wave located underneath the dual-arched stone bridge of Prinzregentenstrasse. Surfers first attempted riding Eisbach, as it’s called, in the 1970s, but it wasn’t until 2010 that river surfing became legal in Germany. Underneath willow and chestnut trees, surfers from around the world line its shores, position their boards, and attempt to jump directly onto the perpetual wave. Although accidental, Eisbach is a decades-long experiment that proves a surfable, man-made wave is possible. 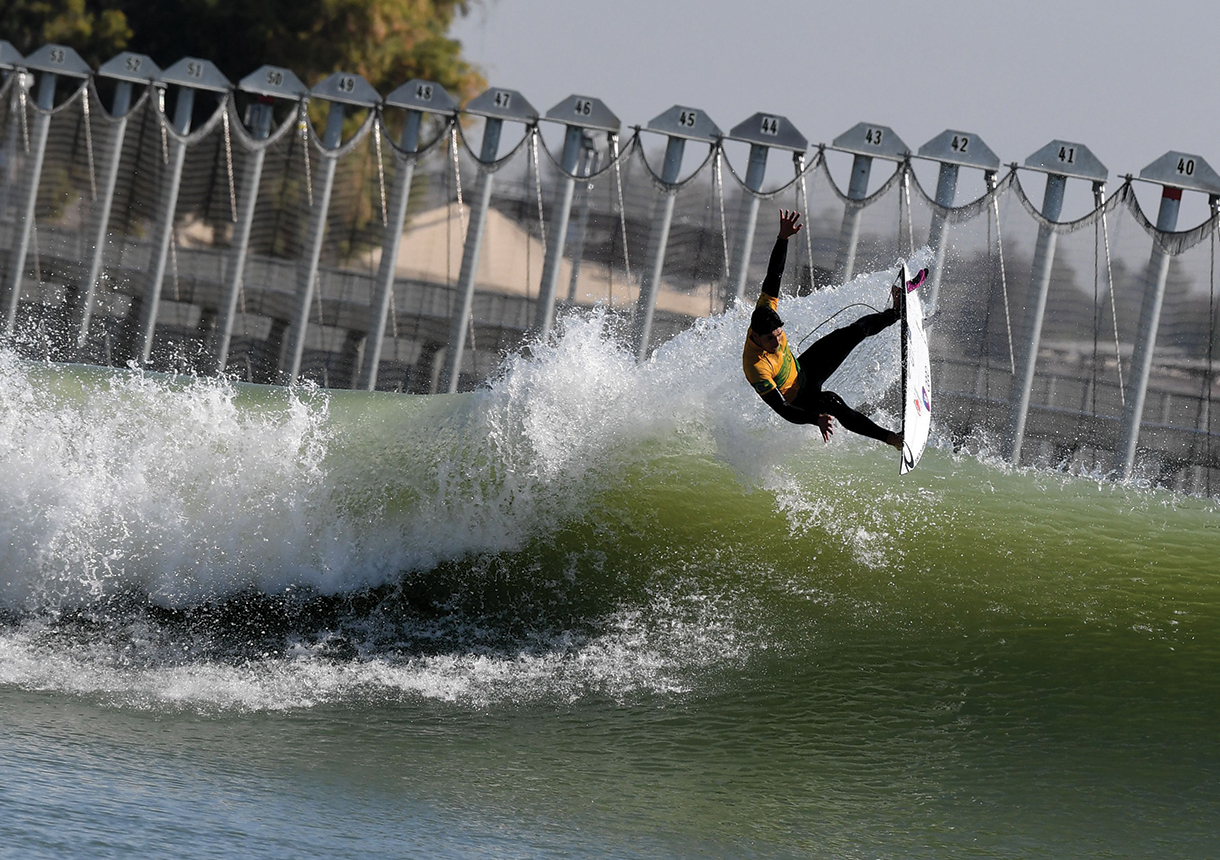 Kelly Slater’s Surf Ranch, Lemoore, California
When its namesake owner released a video in December 2015 showing what can be deemed the finest point break in the Golden State, the surfing world did a double take. The centerpiece of Kelly Slater Wave Company’s 11-acre Surf Ranch, 100 miles inland from the Pacific Ocean, is a 2,100-foot man-made lake with a caboose-like trio of sequential train cars that sit on a raised track of truck tires. Named The Vehicle, the machinery shuttles a 100-ton, 150-foot-long iron blade back and forth, creating waves that run both north and south. Precise bathymetry and the exact shape and topography of the bottom of the wave pool also influence the quality of the wave, which is still closed to the public. Surf Ranch is invite-only. kswaveco.com 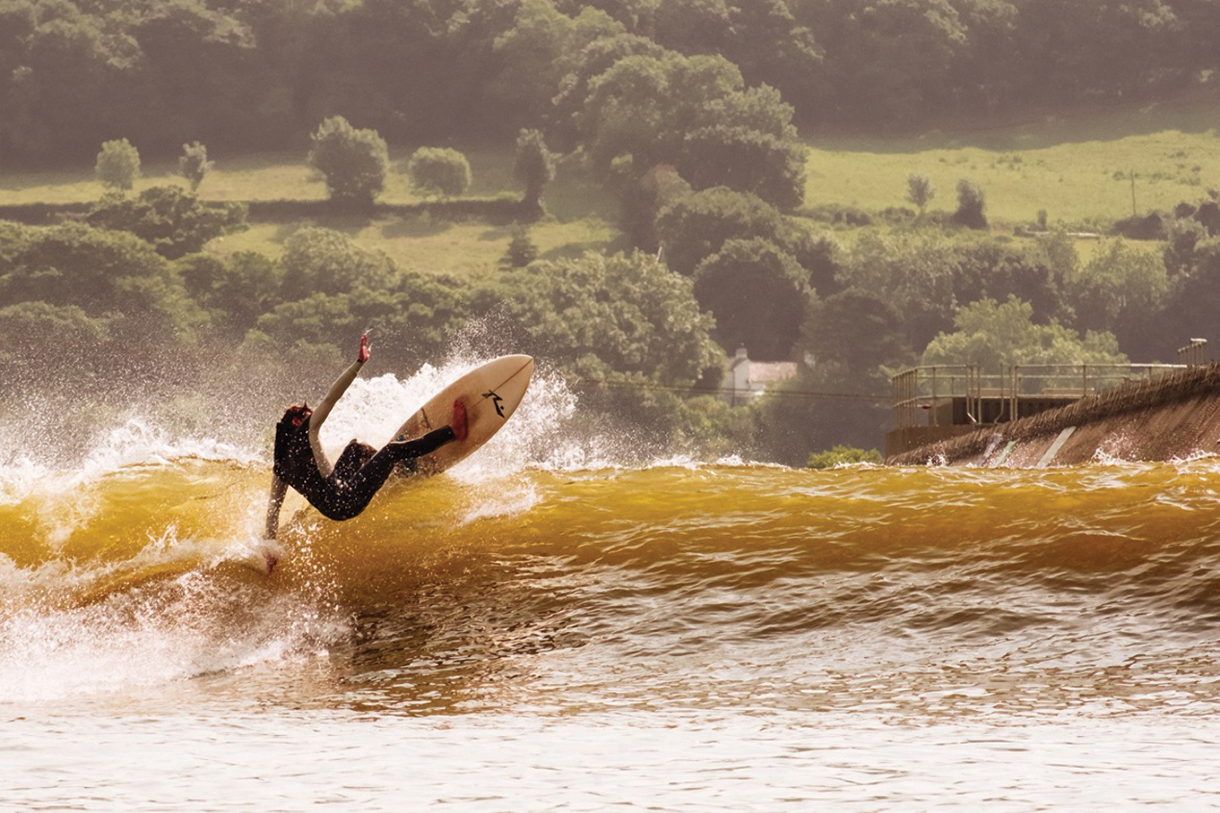 Adventure Parc Snowdonia, Dolgarrog, Wales
As if in a crowded ocean lineup, 45 to 140 people at any given time will be catching green-gray surf in the Surf Snowdonia lagoon. Waves form in eight areas within the lagoon thanks to Wavegarden, a Spanish engineering company that manufactured the wave generator and built the pool. Each zone creates a distinct wave, from soft whitewater to a peeling point break. Fabricated out of galvanized steel, a central pier, wave foil, and generator bifurcate, the lagoon becomes a mirrored set of unwavering breaks every 2 minutes. wavegarden.com