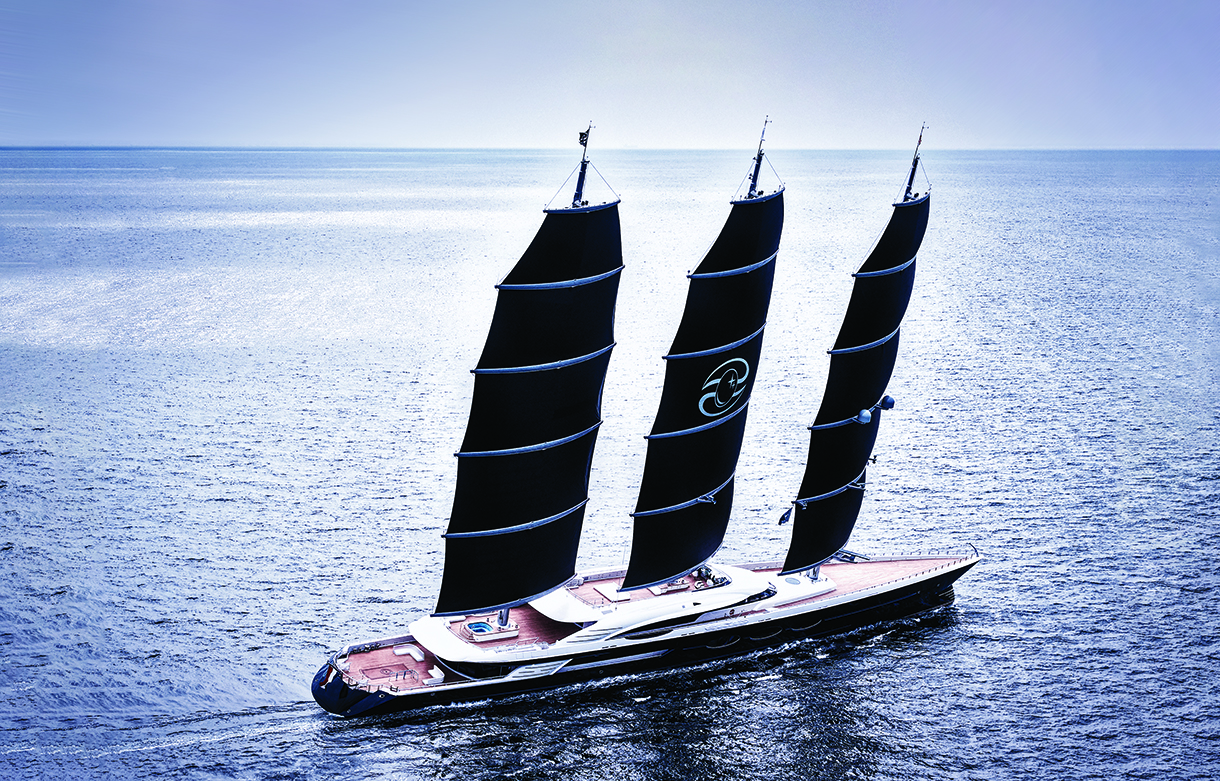 The superyacht industry continues to strive for greater fuel efficiency, with recent examples sipping as few as 14 gallons of fuel per operation hour—which can hardly be considered eco-friendly but is nonetheless a massive reduction compared to what was possible just a decade ago. And while many leading builders and a new generation of yacht buyers are hyper-focused on reducing their carbon footprint, so-called “green” superyachts represent a fraction of the industry’s annual output. But many yachts in this elite and rarified class are also redefining yacht design far beyond green technologies. In addition to hybrid propulsion and other eco-minded features, these harbingers of the sea deliver forward-thinking naval architecture, striking silhouettes, expansive onboard spaces, and tasteful interiors. Such design-driven elements, paired with efficient operation, are making current and prospective yacht owners green with envy—and helping to propel the industry toward a more eco-conscious horizon.

Among the shipyards making the biggest splash in the eco arena is Oceanco. Last March, the Dutch builder delivered what it touts as the world’s most advanced sailing yacht. The 350-foot Black Pearl (currently the world’s second-largest sailing yacht) is defined by its advanced DynaRig sailing system, developed nearly three decades ago for venture capitalist Tom Perkins’ iconic yacht Maltese Falcon. The system, developed by Dykstra Naval Architects and not widely used due to its high implementation cost, can set or furl more than 30,000 square feet of sails across three carbon-fiber masts at the touch of a button. This automated process takes all of 7 minutes.


Of course, a sailing yacht is inherently fuel-efficient, but Black Pearl takes it several steps further. Pitch propellers regenerate the ship’s high-capacity battery bank, which feeds electricity to onboard systems to completely eliminate the need for external power. Another system recovers would-be-wasted heat from the ship’s generators and converts it into electricity, and a hybrid propulsion system kicks in when diesel-generated power is required.


While these hidden features are what make Black Pearl an eco-innovation, the yacht’s external characteristics make it memorable. The steel hull and aluminum superstructure, with lines penned by design legends Ken Freivokh and Nuvolari Lenard, lend the tri-deck yacht an unmistakable look. The superstructure sweeps upward from the main deck aft to the raised pilothouse, creating space for large, unbroken banks of full-height windows. Expansive teak decks, with simple but elegant cushioned seating areas, a hot tub on the mid deck, and a large pool on the main deck, create an uncluttered bird’s-eye view—which is one of the only angles available of the ship.


As with many Oceanco yachts, the owner of Black Pearl (reportedly the Russian natural-gas tycoon Oleg Burlakov) is exceedingly private and has not allowed any photography of the interiors. oceancoyacht.com