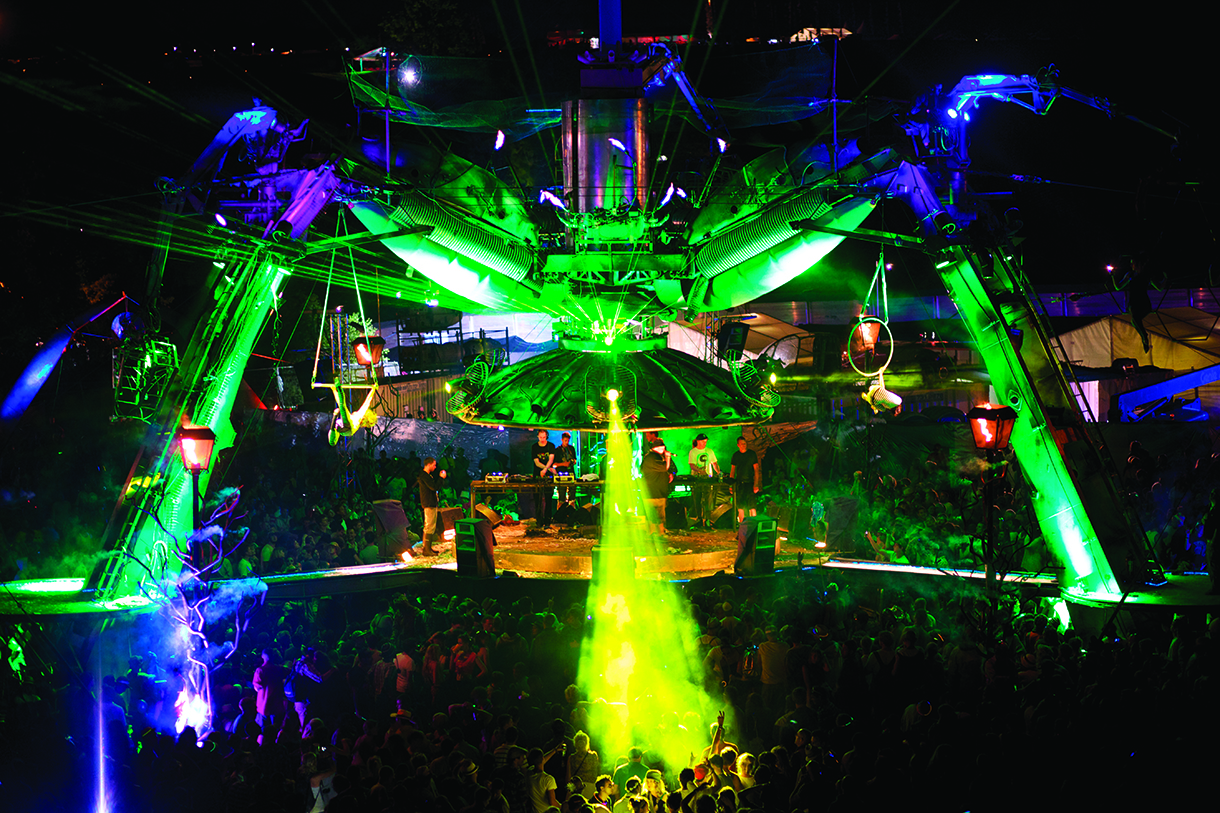 Turn Up the Volume

Music festivals have been upgraded to first class.
BY ALEXANDRA CHENEY

Once a mecca for spring breakers and free spirits camping out in their cars and indulging in bad food and cheap alcohol, music festivals worldwide have evolved into business and cultural juggernauts. Global fashion houses, art institutions, top-shelf spirits brands, and automobile makers all clamber to create meaningful partnerships in an attempt to woo CEOs, jet-setters, and tastemakers. Festival impresarios tailor backstage moments and erect exclusive accommodations in an effort to seduce those looking for a more luxe experience. Here, five multiday events that feature infallible musicians, cool vibes, and must-do experiences.

Every six years “Glasto” takes a fallow year. Last year, Worthy Farm, a working dairy farm in the southwestern English countryside—which doubles as the event site—rested from the strain of 175,000 mud-caked, Hunter-boot-wearing festival-goers. So the excitement for the 2019 five-day festival, with acts like Janelle Monáe, British MC Stormzy, and Kylie Minogue, is at fever pitch.

Glastonbury began on September 19, 1970, the day after Jimi Hendrix died. The price fell from £1 to free up until 2000, when too many people crashed and the District Council required the installation of an impenetrable fence and proper tickets, now complete with passport photos. There hasn’t been a Glasto in recent memory where rain hasn’t been on the set list; must-have accessories include classic waxed jackets and “waterproofs,” like the glossy PVC pants model Kate Moss made famous in 2007.

Notable Moments: Stevie Wonder sang happy 40th birthday to the festival in 2010; Blur reunited in 2009 after a lengthy hiatus; and in an unusual move, rockabilly blues artist Johnny Cash headlined in 1994 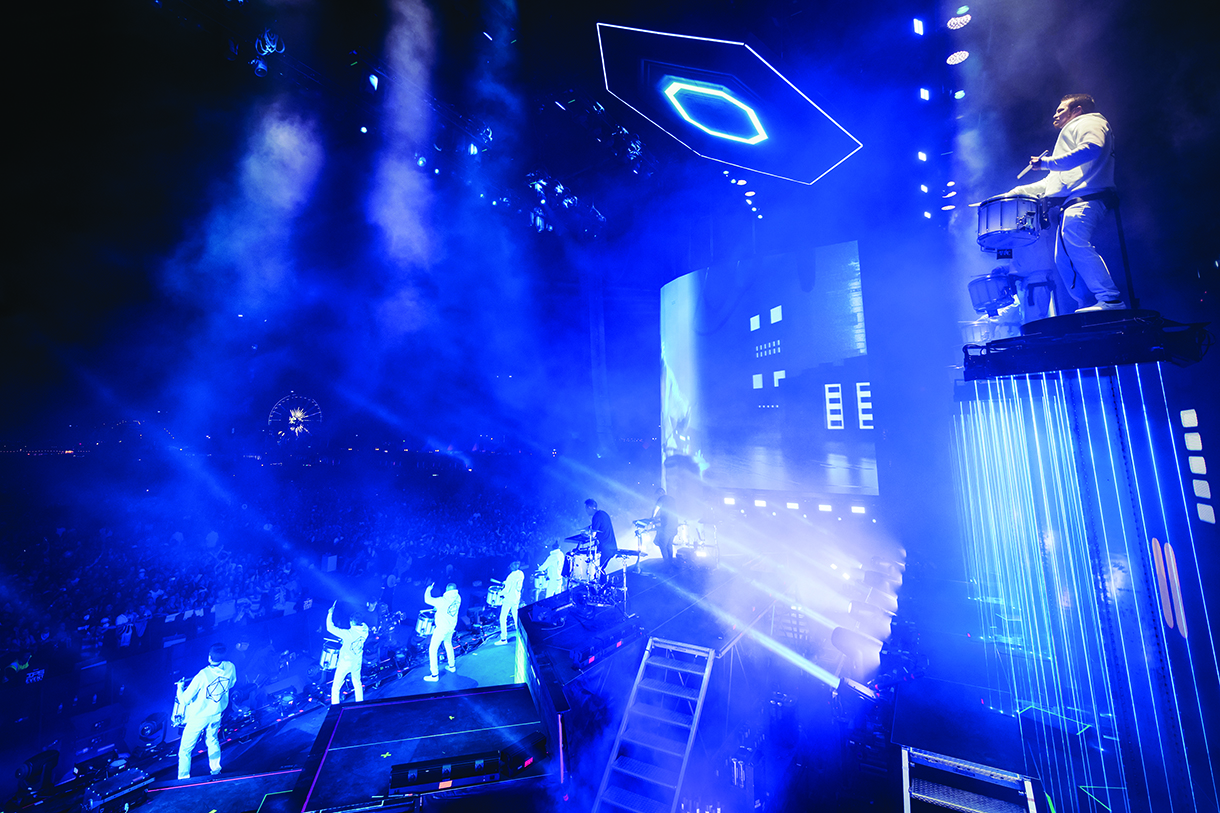 Set over two sequential three-day weekends, Coachella mixes headliners with rising talent, global acts, and relative unknowns—this year in the form of Ariana Grande, Virgil Abloh, Calypso Rose, and Alice Merton. Flower crowns and something fringed are decades-long mainstays within the Empire Polo Club lawns. What began as a desert-forward look, “festival style” is now a curatorial and bankable season on the fashion calendar. Designers like Rebecca Minkoff, Mara Hoffman, and even Levi’s create limited-edition drops timed to the music-and-arts soiree, now in its 20th year. Considering the leading hotels are in Palm Springs, some 25 miles away, festival organizers collaborate with Valley Music Travel (valleymusictravel.com) to create fully furnished and air-conditioned shikar-style safari tents and yurts on-site, complete with concierge services. Worth noting: Coachella grossed $114.6 million over six days in 2017. 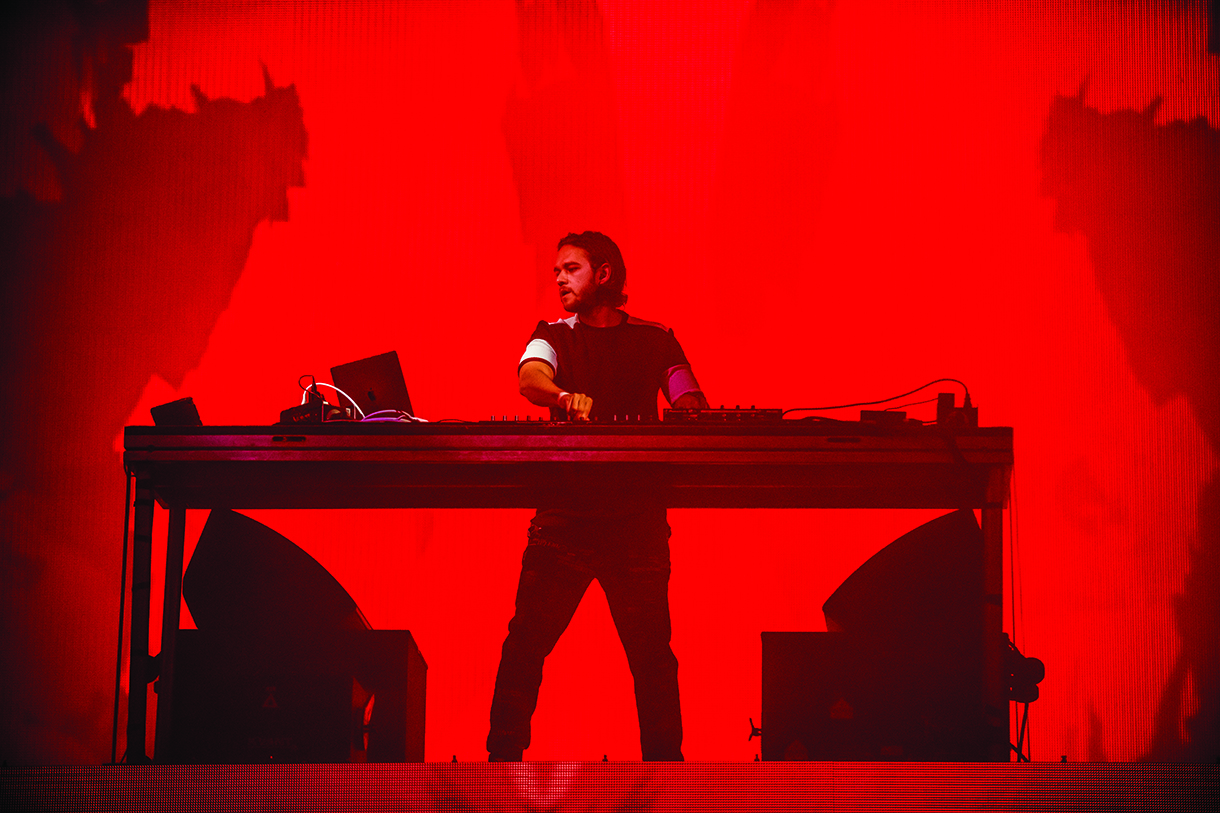 Described by its founders as a “curated, two-day sound voyage,” KAABOO Cayman mixes music, cocktails, cuisine, comedy, and contemporary art. Two alternating stages with a plethora of live art installations between them mean there’s not much downtime once the festival begins each day, although finding a toes-in-the-sand minute to watch the sun set into the Caribbean Sea is an excellent idea. The Chainsmokers, Zedd, and Duran Duran headlined the first-ever KAABOO Cayman, which took place on the northern end of Seven Mile Beach. A series of packages with names like Silver Thatch and Royal Palm offer up private beachfront oases with mixology classes and tie-dye activations, as well as VIP areas at the dual stages. Local food options like shrimp and conch ceviche as well as braised beef tacos present options aplenty, and live chef demonstrations from the likes of Michelle Bernstein and Michael Mina offer welcome respite from the Cayman sun. 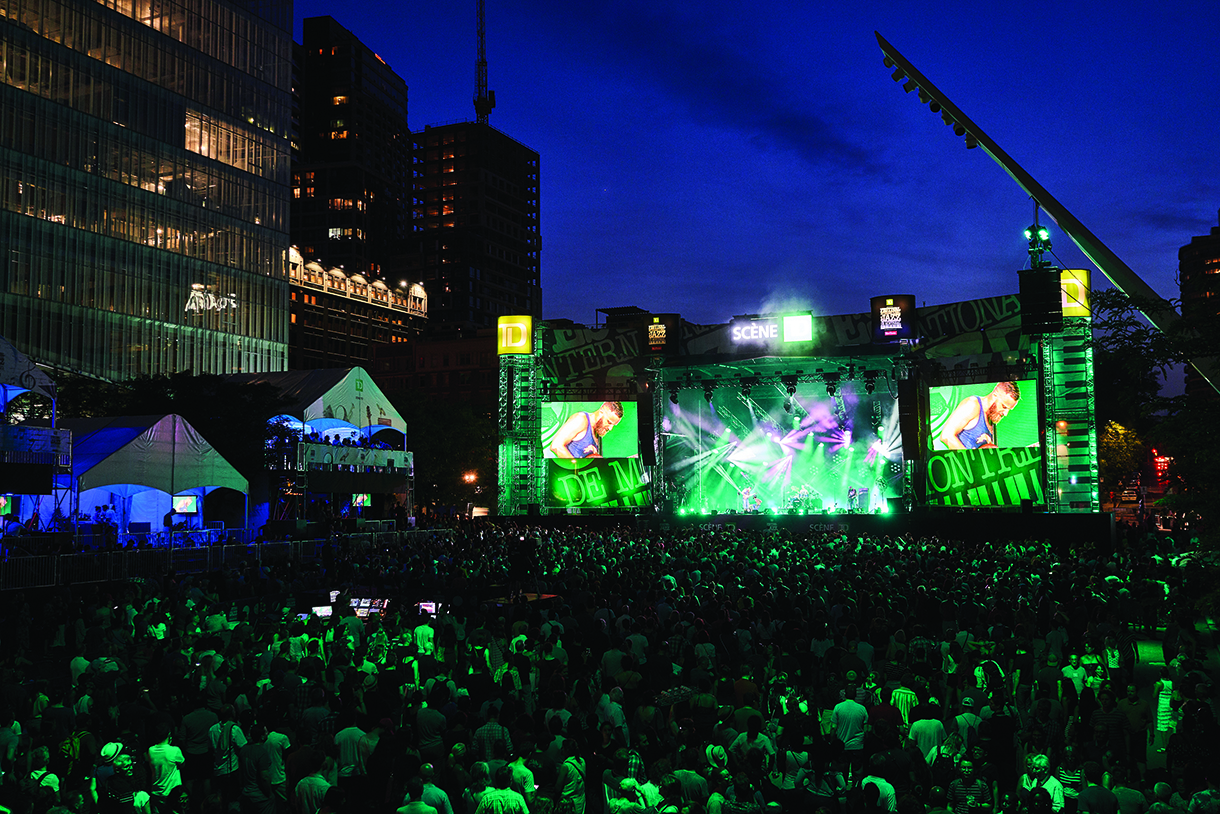 Situated in downtown’s Quartier des Spectacles, the Festival International de Jazz de Montréal holds the Guinness World Record for largest jazz festival in the world. Over 10 days, more than 500 concerts span 20 stages throughout Québec’s largest city. The event has grown to include reggae, some electronica, and world music in addition to blues and jazz. Although an occasional tux and tails punctuates performances on the main stage, in 2017 the favored—and lasting—style statement came in the form of food: Concert-goers consumed 5,500 pounds of poutine, a dish of french fries and cheese curds topped with brown gravy.

Notable Moments: The 2016 pairing of Erykah Badu and Wynton Marsalis; up-and-comer Woodkid opened the festival with a free 100,000-plus concert in 2014; the Cab Calloway Orchestra’s legendary 1991 set. 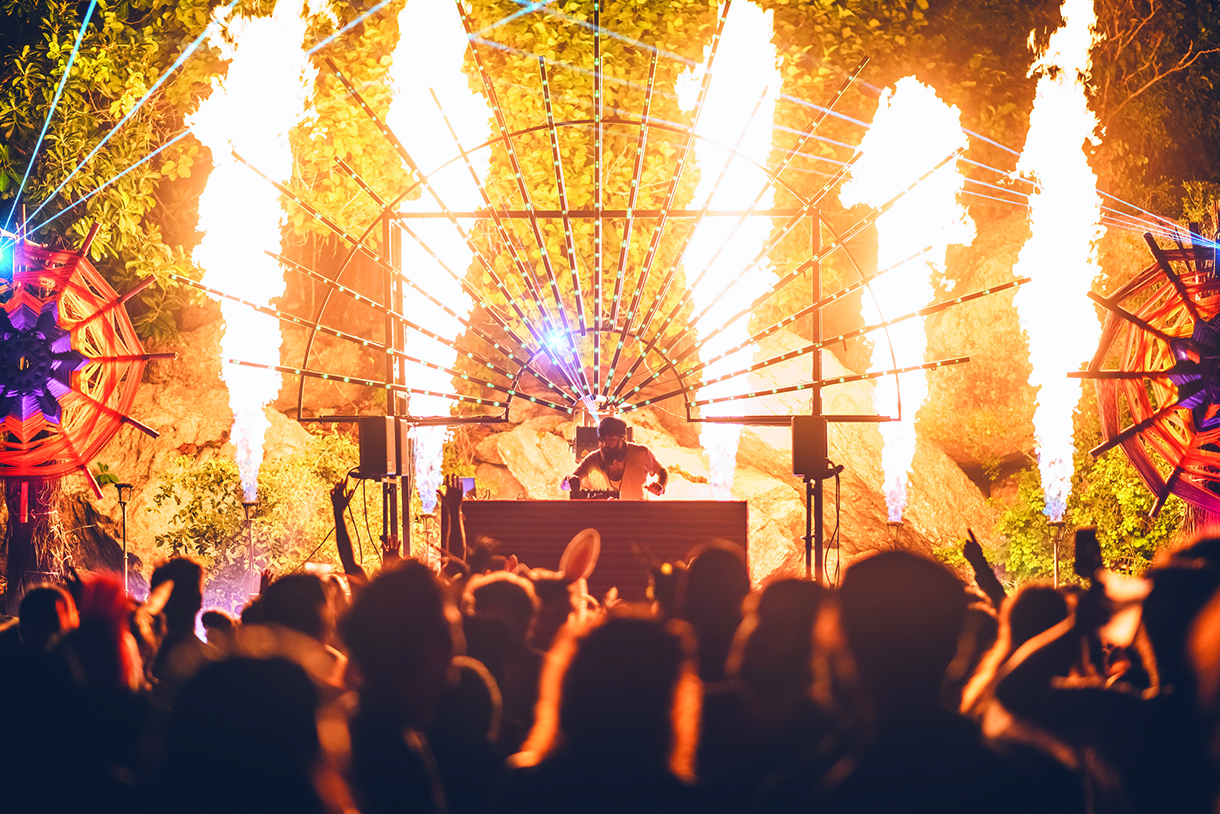 Framed by the sapphire blue of the Pacific Ocean, Ondalinda x Careyes takes place at Careyes, an expansive and architecturally daring beachfront resort. Founded in 2016, the music and arts festival focuses on a different region and peoples of Mexico each year, from Oaxaca to the Huicholes and Purépecha tribe. Its founders prefer not to repeat DJs, which means those at the turntables are the newest and hottest, like Bedouin and YokoO. Only 600 tickets are available and the annual event includes access to themed dinners, open-bar nighttime dance parties, and a daytime beach club—think Burning Man but with temescals and fresh açaí bars. A nonprofit runs the event, which means a portion of the proceeds goes directly to the Mexican people chosen that year.